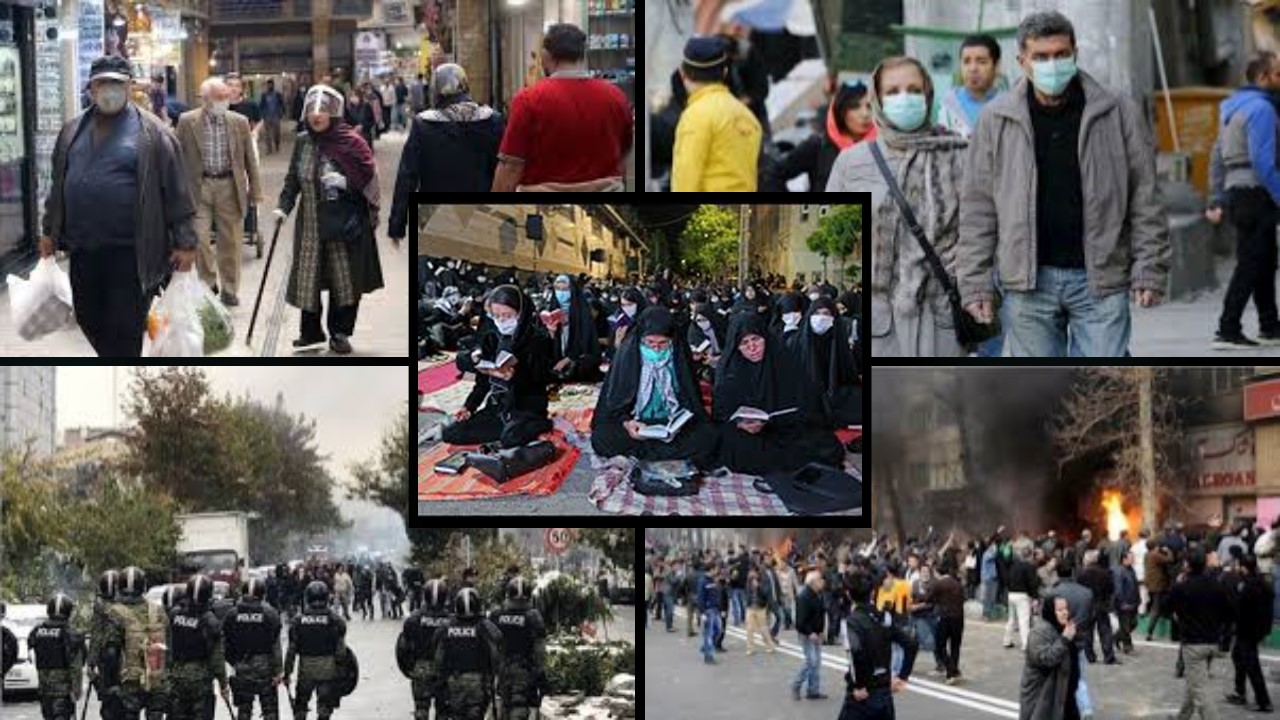 The latest death toll reported by the People’s Mojahedin Organization of Iran (PMOI / MEK) is 42,800. The main opposition to the Iranian regime claims that the virus has spread to 319 cities across the country and not a single province has been spared. The death toll in Tehran has now exceeded 6,970.

A spokesperson for the Iranian regime’s Ministry of Health has said that in the past 24 hours there have been 2,294 new cases of COVID-19 and 69 new deaths. This is extremely concerning because it is the highest number of new cases in a single day for the past 45 days. It appears that the province of Khuzestan is presenting a quarter of new cases.

More than 42,800 people have died of the novel #coronavirus in 319 cities checkered across all of #Iran‘s 31 provinces, according to the Iranian opposition PMOI/MEK. pic.twitter.com/nChEQb1cWB

A state-run publication also recently reported that the upward trend has been observed in seven other provinces – Markazi, Lorestan, North Khorasan, Kurdistan, Hormozgan, Gilan, and Charmahal & Bakhtiary. The Arman publication wrote that the situation in Eastern Azerbaijan is reaching a critical stage and that a second peak is imminent.

The situation in and around the capital city Tehran is also extremely concerning. The governor of the province of Tehran, Anoushirvan Mohseni-Bandpei, said that because of the high density of population, a large number of people risk becoming ill.

Nurses, doctors, and other medical and front-line workers have said that there are still shortages in medication, personal protective equipment (PPE), and beds in intensive care units (ICU). This is while Iranian President Hassan Rouhani has been talking about sending medical equipment and masks to other countries.

Dr. Massoud Mardani, a member of the Coronavirus Task Force, said: “We are still facing problems in procuring medicine, protective gear, and ICU beds. We shouldn’t jump out of the frying pan into the fire.” The doctor also advised that the country should be putting much stricter quarantine measures in place due to the way the virus is spreading across the country.

National Council of Resistance of #Iran (NCRI) released excerpts of a video conference between regime Supreme Leader and a group of young Basij Force university students who are being groomed to prevent the overthrow of the regime. https://t.co/xEOd5V4D7O#MEK @USAdarFarsi pic.twitter.com/get5hSxvo3

The PMOI / MEK has highlighted the regime’s negligence and incompetence since the very beginning of the outbreak. It is very clear that the regime is not concerned about the impact on the people – rather it is concerned about its interests.

The situation in prisons across the country is dreadful. For many years, prisons in Iran have fallen far below international standards, and the overcrowding and unhygienic situations are making inmates extremely vulnerable to contracting the virus that can be deadly to many.

The regime is worried about another nationwide uprising. As time goes on it is becoming certain that an uprising is inevitable. The people cannot forget the regime’s mismanagement of this health crisis that has not just killed more than 42,000 people but has also created further problems with the economy and unemployment.