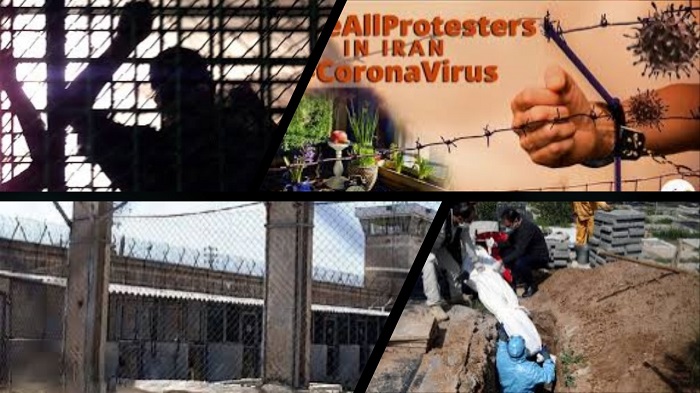 A man has been detained in a northern Iran province for “publishing lies” on social media about the coronavirus (COVID-19) pandemic, according to a Cyber Police official there.

During a press conference covered by state-run media outlets on Monday, Colonel Iraj Pourmostamand, the Head of the Cyber Police in Gilan, told journalists that the 60-year-old man “confessed to his crime”.

Of course, confessions in Iran are often extracted under physical or psychological torture, so that the regime can televise them and claim victory, with people often retracting their confessions afterward.

Pourmostamand said: “The person responsible for publishing lies about the coronavirus on social media platforms was identified by Cyber Police experts in the city of Rasht and was detained in a surprise operation upon the approval of a judiciary official.”

People of #Iran have been faced with crisis after crisis over the past few years. The latest crisis that it is dealing with is the #coronavirus outbreak that has already claimed lives of more than 39,300 across the countryhttps://t.co/Qh0mXz1IF9#HumanRights @USAdarFarsi #MEK pic.twitter.com/gOU0hRxWxa

He alleged that the content posted by the unnamed man had “disturbed public opinion” and was designed to “attract attention”, before comparing the internet to a double-edged sword.

He advised that this case has been referred to the Judiciary.

The unnamed man is just one of the hundreds of Iranians who have been arrested and referred to the Judiciary for criticizing the mullahs’ handling of the pandemic or posting content that contradicts the regime’s official narrative.

A commander in the Revolutionary Guards Corp (IRGC) said on April 28 that 3,600 citizens were arrested by Iran’s Cyber police and the paramilitary Basij forces for “spreading rumors” about the coronavirus.

General Abolfazl Shekarchi, the spokesperson for the General Staff of the Armed Forces of the Islamic Republic of Iran said that “1,136 lawsuits” were filed against them.

More and more Iranians are being imprisoned for speaking out about the regime’s response to the #COVIDー19 outbreak in #Iran.https://t.co/zF6GpovfII#MEK #Corona @USAdarFarsi pic.twitter.com/0uxNp9zMB7

There is a lot to criticize about the mullahs in this regard, from their failure to alert the public to the presence of the disease in the first place, to their decision to send people back to work last month, which will bring a new wave of the virus.

Even mid-ranking officials have accused the regime of covering up the true number of deaths and infections, for which at least five officials were dismissed by the Ministry of Health.

Currently, the Iranian regime claims a death toll of just over 6,000, which is far lower than many European countries with lower population levels, a strict lockdown, and better access to healthcare for everyone.

The National Council of Resistance of Iran (NCRI), which gathers its figures from reliable sources in Iran, says the death toll is over 39,500.