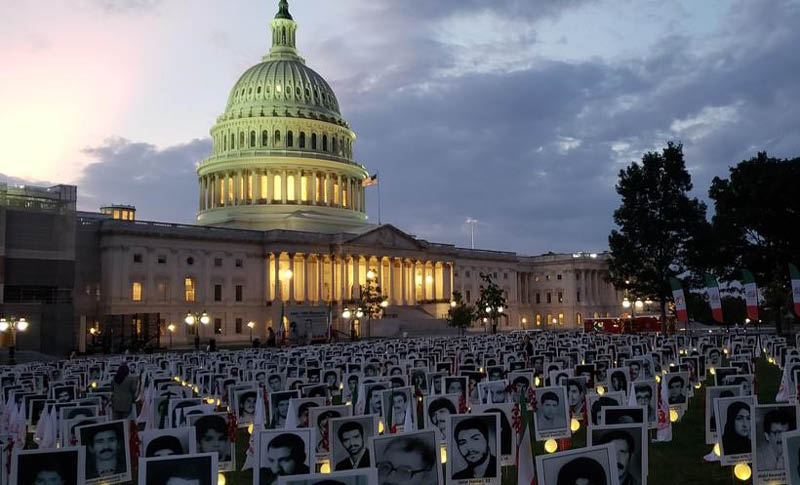 On Thursday, September 12, 2019, an exhibition was held on the grounds of U.S. Capitol in honor of 30,000 political prisoners massacred in 1988 by the Iranian regime in the span of just eight weeks, and in condemnation of ongoing human rights violations in Iran.

This rally was organized by the Organization of Iranian American Communities (OIAC) in aim to save the lives of the innocent in Iran and hold accountable the religious despots who are committing these atrocities. 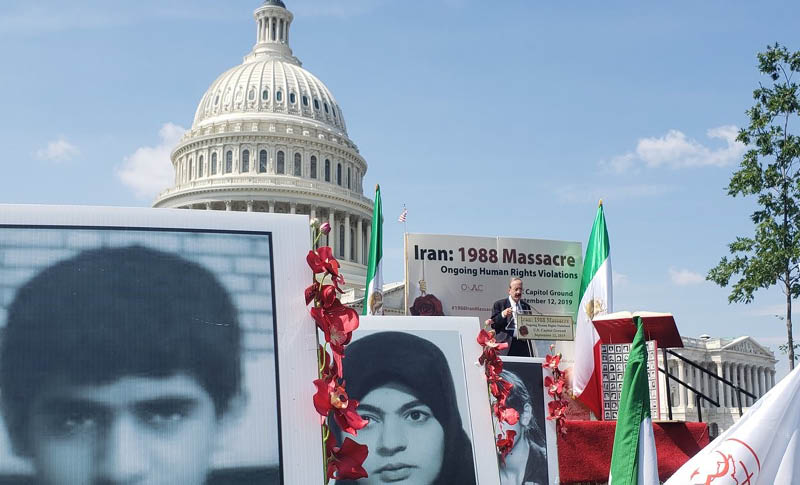 Republican congressman Honorable Eliot Engel, Chairman of House Foreign Affairs Committee spoke to Iranian community’s exhibition, remembering the 1988 Massacre in Iran, and Sahar Khodayari, 28-year-old football fan who died after setting herself on fire in protest to being sentenced to imprisonment for entering a soccer stadium banned for women in Iran.

• On August 9, 2016, an audio tape was published for the first time of Khomeini’s former heir acknowledging that that massacre took place and had been ordered at the highest levels. 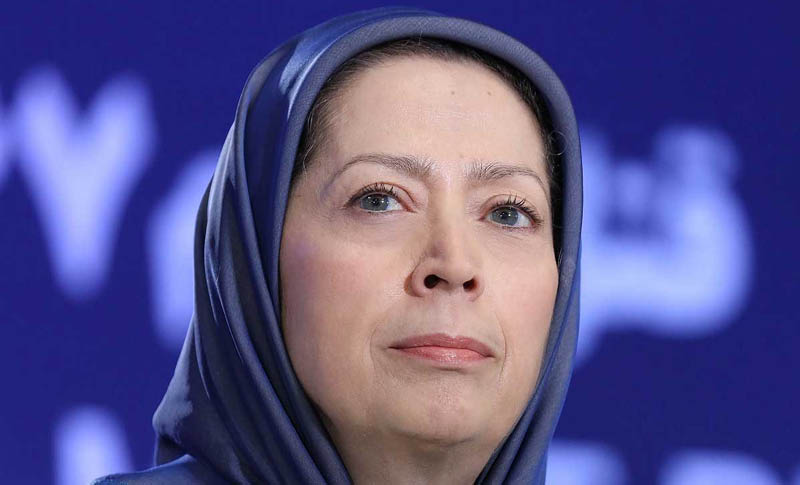 Mrs. Maryam Rajavi, the President-elect of the Iranian Resistance, described the audio recording as a historical document. She said the recording attested in the strongest possible manner both to the Mojahedin (PMOI/MEK) political prisoners’ rejection of surrender and to their admirable allegiance to, and perseverance in, their commitment to the Iranian people. The recording is also irrefutable evidence that leaders of the mullahs’ regime are responsible for crimes against humanity and the unprecedented genocide, Mrs. Rajavi said.

There are strong indications that Khomeini’s fatwa, which led to the massacre of some 30,000 political prisoners in Iran, was issued on July 26, 1988.

The Iranian regime has never acknowledged these executions, or provided any information as to how many prisoners were killed.

The majority of those executed were either serving prison sentences for their political activities or had already finished their sentences but were still kept in prison.

Some of them had previously been imprisoned and released, but were again arrested and executed during the massacre. The wave of massacre of political prisoners began in late July and continued unabated for several months.

By the time it ended in the autumn of 1988, some 30,000 political prisoners, the overwhelming majority activists of the People’s Mojahedin Organization of Iran (PMOI or MEK), were slaughtered.

Role of Hassan Rouhani in 1988 massacre of political prisoners

In those positions, he was fully cognizant of this hideous crime and obviously was in full conformity.

This shows that the notion that Rouhani is a “moderate” and “reform minded” is absolutely preposterous and baseless. Actually he, like all other senior officials of the regime, is a culprit of this hideous crime.

On August 30, 2019 a similar exhibition was held on the 31st anniversary of the massacre of Iranian political prisoners, and to mark the International Day of the Victims of Enforced Disappearances , at Paris District 1 City Hall.