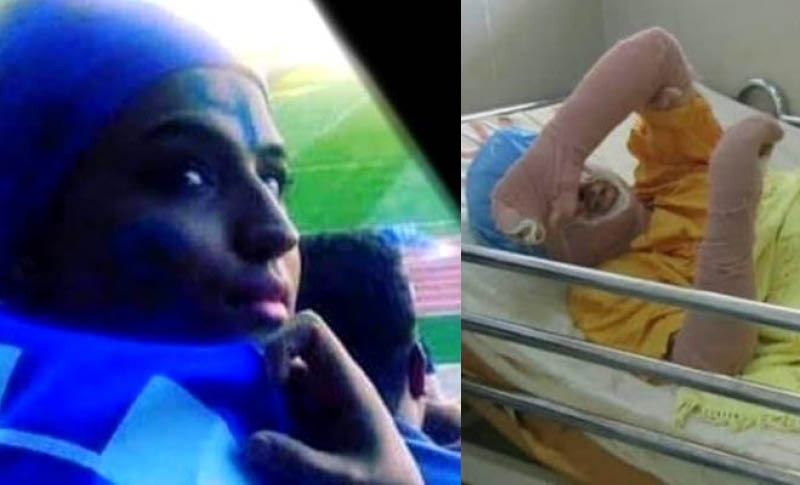 Sahar Khodayari, a young woman who had set her self in the fire to protest against suppression and discrimination, died on Monday, September 9th, 2019.

Sahar Khodayari, 29, faced charges of “appearing in public without a hijab” when she attempted to enter the stadium “dressed as a man” in March, according to Amnesty.
“She was stopped from entering when the stadium’s security guards discovered she was a woman,” Amnesty said in a statement.

Khodayari appeared in a Tehran court last week when the case was adjourned. She then poured gasoline on herself and lit herself on fire.

Her death is heartbreaking for all Iranians, especially women and young girls who seek freedom and democracy and equality in Iran. But her death also moved the football world and many football players around the world.

“Strenght and prayers to family and friends of #bluegirl #SaharKhodayari.” said Manchester United midfielder, Paul Pogba in a tweet.

Some members of Swedish national women’s team reacted saddened, on Sahar’s death. Chelsea player Magdalena Eriksson said: “What a horrible tragedy @FIFAcom and any other organization that’s in a position of privilege and power, you need to act to make this stop!.” 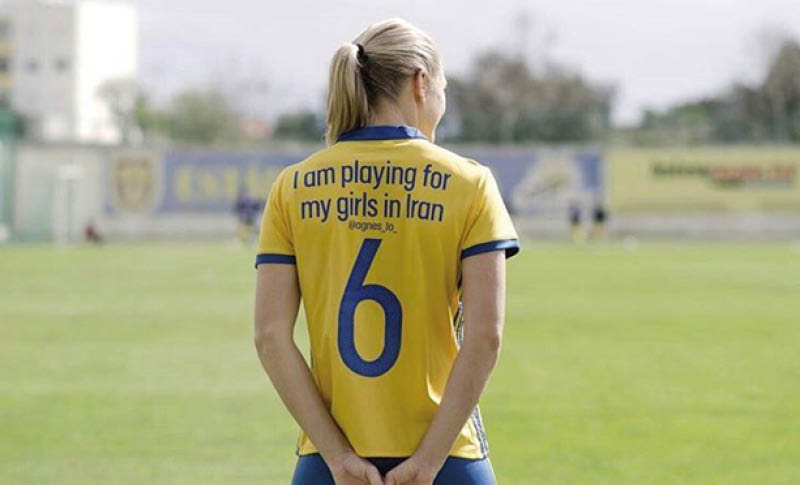 Swedish national team goalkeeper Hedvig Lindahl reacted upset and called on FIFA “to do something for the women in Iran.” And another Swedish national Kosovare Asllani‏ said: “This is a tragedy and it can’t continue anymore. FIFA it’s time to act and not be silent. WE need to help the women of Iran fight against gender apartheid. This is about human rights!”

Italian Serie A Club AS Roma, sympathized with Sahar. “ASRoma is yellow & red but today our heart bleeds blue for Sahar Khodayari. The beautiful game is meant to unite us, not divide us – that’s why we set up @ASRoma_Persian last year. Now it’s time for everyone in Iran to be allowed to enjoy football matches together.”

Amnesty International called this “discriminatory ban to end” and said, “Iran is the only country in the world that bans & punishes women for seeking to enter stadiums.”

The Women’s Committee of the National Council of Resistance of Iran offers its most profound sympathies and condolences to Sahar’s friends and relatives. It also calls on all international organizations defending women’s and human rights to condemn the medieval clerical regime’s misogynous policies and its crimes against Iranian women and young girls. Silence and inaction vis-à-vis these atrocities only emboldens the mullahs to continue to perpetuate them.

Mrs. Maryam Rajavi, the president-elect of the National Council of Resistance of Iran said this will “only adds to the resolve of women & men in Iran to overthrow this religious tyranny & establish freedom.” 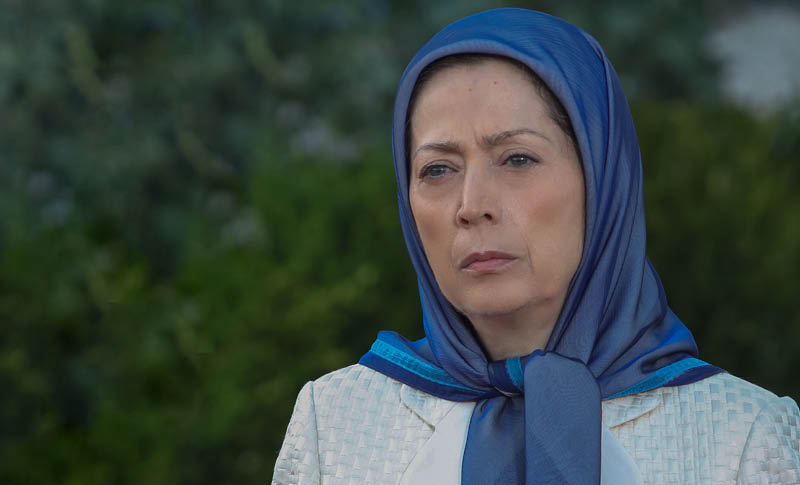 In a message on her twitter, Mrs. Rajavi said: “The tragic death of a young woman, who self-immolated to protest against the mullahs’ suppression, discrimination, & deprivation of women while heartbreaking to all Iranians, only adds to the resolve of women & men in Iran to overthrow this religious tyranny & establish freedom.”