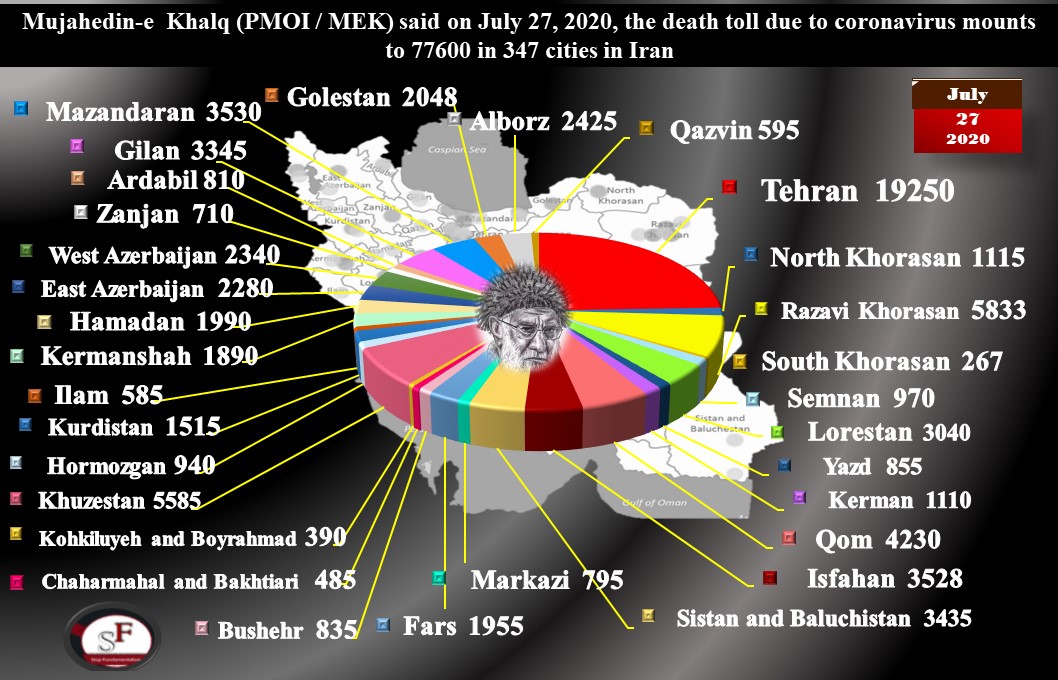 The health service in Iran has been under pressure for many years because of severe underfunding and understaffing, however, these problems have been exacerbated since the beginning of the Coronavirus health crisis that is still causing many deaths in the country.

More and more reports are emerging, highlighting the very serious difficulties medical centers across the country are facing.

One province that is currently in a “red situation” is that of East Azerbaijan. The University of Medical Sciences’ Vice Chancellor for health said recently that there are approximately 1,500 members of the health care staff in the province that have contracted COVID-19. Abbas Ali Dorosti said that a tenth of this is doctors, 70 percent is nurses and health staff, and the remaining 20 percent is the support staff.

Many health workers across the country have sadly lost their lives after contracting the virus, after working relentlessly to save the lives of others. Many medical workers have spent long weeks and even months away from their loved ones and they are quickly becoming exhausted because of the pressure of the situation and the very long working days.

Countries across the world are dealing with the same situation, but governments are at least making sure that their frontline workers, in particular those working with the infected, are adequately protected. In Iran, however, the regime has neglected its health workers, leaving them extremely vulnerable.

The head of the Ministry of Health’s Center for Hospital Management and Clinical Services Excellence said that approximately 19,000 health system workers have contracted the virus in the past five months. Reza Golpira said that more than half of these are nurses.

Mohammad Mirzabeigi, the head of the Nursing System Organization, said a few weeks ago that of the health workers that have become ill, around 4,000 of them have had to leave their jobs because they are still struggling with the effects of the virus. He spoke about the sacrifice of these workers, emphasizing that many have been separated from their families for quite a long time.

Kylie Moore-Gilbert, a British-Australian professor imprisoned in Iran, has been moved to a remote prison where dozens of coronavirus cases have been reported, according to rights activists https://t.co/1S33ts3MYq

A month before these comments were made, he wrote to Iranian President Hassan Rouhani, asking him to deal with the issues medical staff face. He explained that he was not asking for special or exceptional treatment such as pay rises or bonuses (that many countries have awarded their medical staff with), rather he was simply calling on the president to pay their unpaid and overdue salaries.

Since the very beginning of the outbreak, the Iranian regime has mismanaged the situation and made the entire population extremely vulnerable. Although the regime did impose lockdowns, they came far too late and did not last long enough to make a tangible difference.

Mrs. Maryam Rajavi is the President-elect of the National Council of Resistance of Iran’s (NCRI): Such great loss of lives could have been avoided.

More than 77,000 people have died of the novel #coronavirus in 347 cities checkered across all of Iran’s 31 provinces, according to the Iranian opposition PMOI/MEK.