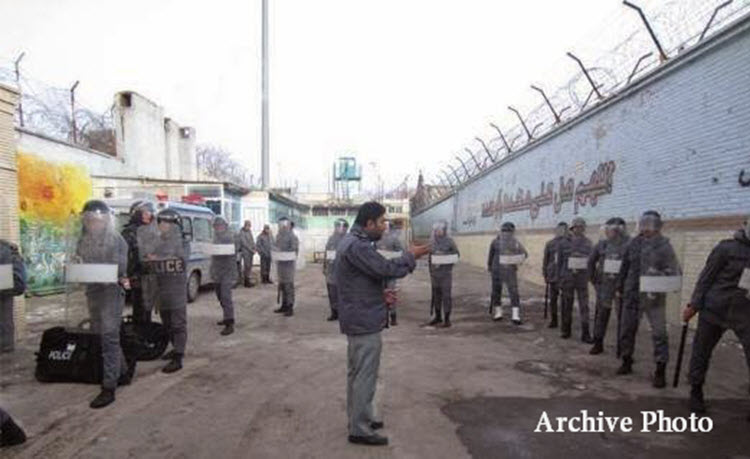 Prison wardens in Iran’s notorious Gohardasht (Rajai Shahr) Prison in Karaj, north-west of Tehran, raided a prison ward on Monday 30th May, according to reports from inside the prison. During the raid on the ward that houses ordinary prisoners, inmates were harassed and their belongings were damaged, according to a report by the National Council of Resistance of Iran (NCRI).

The armed guards who carried out the raid on Ward 4 did so “under the pretext of carrying out an inspection”, however they didn’t find anything unusual.

Refrigerators belonging to the prisoners were severely damaged according to reports.

Earlier this month a Kurdish political prisoners’ ward in Gohardasht was raided by black-clad prison guards. They beat inmates and pillaged through their personal belongings. Approximately 100 suppressive guards, “in full riot gear and wielding batons” proceeded to raid the ward where political prisoners of Kurdish descent are housed. The raid lasted more than two hours and the personal items of the prisoners were searched and destroyed. Even their pillows were torn apart with blades.

The NCRI emphasise that inspections like these are a way for the prison authorities to “harass, intimidate and beat both political and ordinary prisoners”.