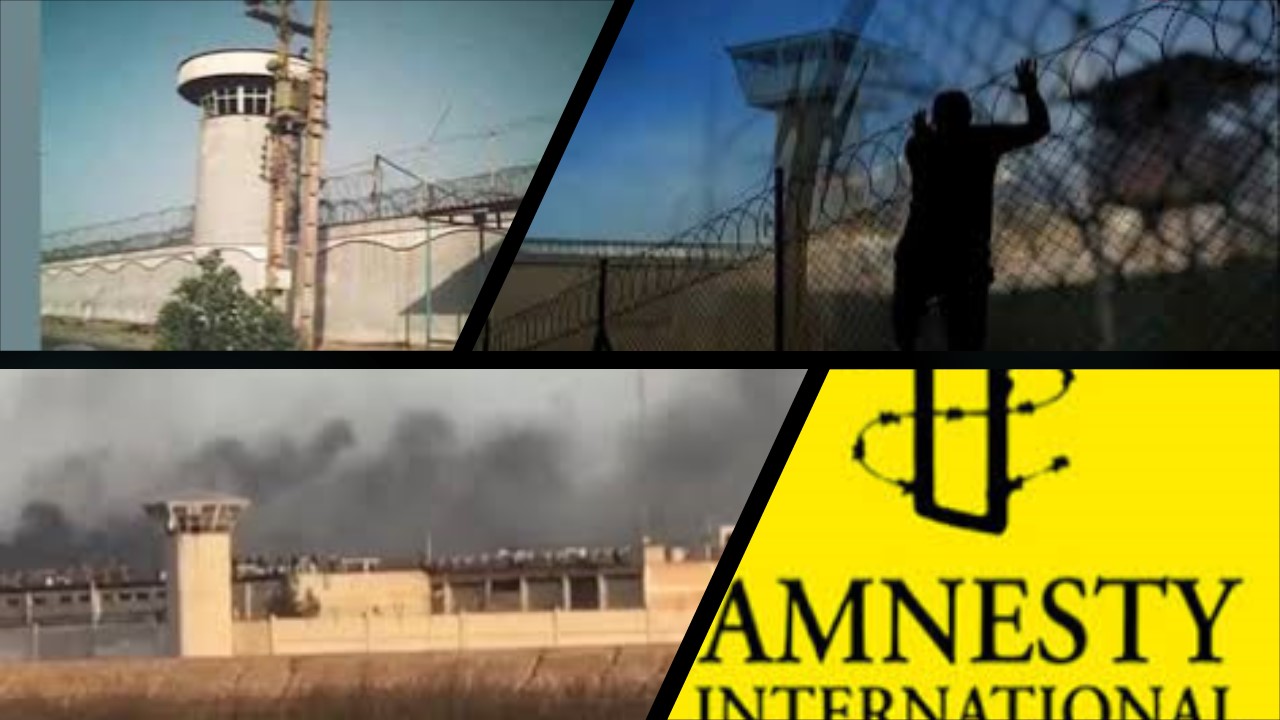 After prisoners rioted late March 2020 protesting the authorities’ failure to address concerns related to the spread of COVID-19 in the prison.

Dozens of prisoners were blindfolded and transferred to an unknown location following the protests. The authorities refused to reveal the fate and whereabouts of the prisoners to their families for two weeks.

The majority were returned to section 5 of Sheiban prison by April 13 after being interrogated and tortured in a ministry of intelligence detention center in Ahvaz.

Sheiban prison authorities have demanded prisoners to pay compensation for the properties destroyed and burnt during the prison protests.

In a letter to the Iranian Judiciary Chief Ebrahim Raisi on the end of April, Amnesty International wrote, “Scores of Ahwazi Arab prisoners in section 5 of Sheiban prison in Ahvaz, Khuzestan province, require medical care for injuries caused By beatings and metal bullets by security forces during the crackdown on protests in prison on end of March 2020 over the authorities’ failure to address concerns related to the spread of COVID-19 in the prison.

Dozens of inmates in Sheiban and Sepidar prisons in Ahvaz were killed during the protests in late March.
Following the protests, at least 80 political and civil rights inmates in Sheiban prison were taken to unknown detention centers and solitary confinement, where they have been placed under interrogation and severe pressure. Authorities are using torture methods to force the inmates to provide coerced confessions and acknowledge accusations of instigating these recent riots.
Since the end of March, prison and intelligence officials have suspended family visits in Sheiban prison and only allowed prisoners to call their families daily for one minute.
Amnesty International in April, raised alarms over the medical condition of the tortured prisoners, and the fate of those “forcibly disappeared.”

inmates infected by the novel Coronavirus in prisons

At least 26 inmates have been infected with the novel coronavirus in one of the halls of Ward 3 of the Greater Tehran Penitentiary. They are denied medical treatment at the time.

More and more Iranians are being imprisoned for speaking out about the regime’s response to the #COVIDー19 outbreak in #Iran.https://t.co/zF6GpovfII#MEK #Corona @USAdarFarsi pic.twitter.com/0uxNp9zMB7

A source from inside prison said, “The prisoners who are summoned to court on a daily basis, re-enter the ward without going through the quarantine. No screening takes place in this regard and there is a high risk that the number of patients, sick with the novel coronavirus increase in prison.”

Prisoners taken to the court or to the Bureau of Implementation of the Verdicts do not have adequate protective equipment including gloves, masks,s, or covers. They are returned to the prison wards among other prisoners without going through quarantine. This is while the procedures by the court and Implementation of Verdicts’ Bureau can be done online.

Likewise, prison guards who leave and return to the prison every day do not go through any quarantine and have access to all the wards.

Inmates become increasingly vulnerable to catch the virus with every passing day in the absence of any protection.

More than 150 inmates of Ward 4 of the Tehran Penitentiary have written a letter to the deputy for Prison Hygiene, protesting the prisoners’ being returned to prison wards from court hearings, etc. without being quarantined, as well as the lack of hygienic resources. The sentry officer, however, refused to accept their letter and pass it on.

In April, two prisoners by the names of Mehdi Rabii and Lashgari-panah lost their lives to the coronavirus.

The families of detainees have already been deprived of visits for three months. They are not even allowed to visit their relatives from behind glass booths.

The spread of Cocid-19 has aggravated the prison’s poor condition, reports indicate. Food poisoning, contaminated water,and any other illness in this facility raises the risk of the inmates being infected with coronavirus.

The Iranian Resistance and Mujahedin-e Khalq (PMOI/MEK Iran) have repeatedly called on all international human rights organizations and personalities to protest against the UN Human Rights Council’s decision.