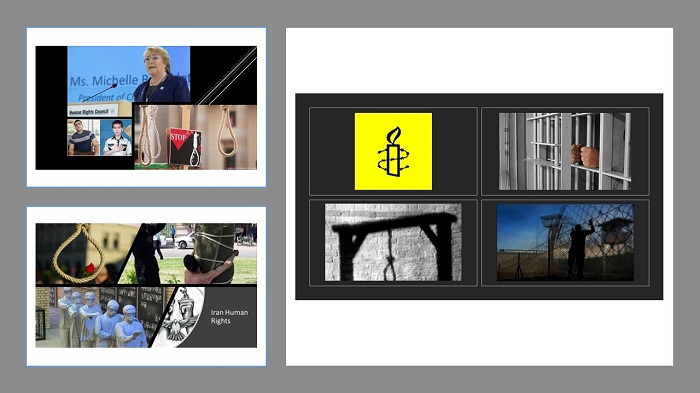 The Iranian authorities, back in late January 2020, executed two men, one of whom was 81 years old in Chaharmahal Bakhtiari Province, as reported by the state-run ROKNA news agency.  The man was from Boroujen and his death penalty had been imposed in 2017. The second prisoner, who was 31 years old, was known by initials only which were GH. He came from Khan-Mirza and his death sentence had been imposed in 2013.

Capital punishment frowned upon around the world

273 people in 2019 were executed by the government, which included 17 women and nine juvenile offenders. Drug-related charges only made up 38. Executions are shrouded in secrecy so no-one ever gets to know the true numbers.

It is not just executions that are the problem, but there have been at least 1500 killed according to Mujahedin-e Khalq (PMOI / MEK Iran) in the uprising in Iran last November for simply protesting about a rise in fuel prices. Also some of the protesters who were arrested lost their lives behind bars when they were tortured and because they were denied much needed medical care leading to death from infection.

The Iran Human Rights Monitor stands up for the Iranian people

The Iran Human Rights Monitor (IHRM) requests condemnation from the international community, demanding that the mullahs should be forced to be held accountable for their crimes and that Iranians need to have their human rights restored.

In a summary report for 2019, the IHRM stressed that it was one of the most brutal years for the Iranian people. The regime tried to counter the rise of opposition movements and the presence of social discontent by oppressing the people through murder and imprisonment. They did not help the people in any way as they floundered amidst rising unemployment and rampant inflation.

The November 2019 protests ended up with two fatalities caused by the lack of the right medical care so they died from the effects of their wounds.

The only path to salvation and freedom is for the Iranian people to take their destiny in their own hands. The people of #Iran and their valiant children will rebel against the #Coronavirus and they shall overcome. pic.twitter.com/gzEV4zqYNk

Father of four children, Amir Ojani, injured in the leg by a gun fired by a member of the security forces in Aryashahr, a Tehran suburb, while taking part in the November 19th protests. He failed to get treatment in a hospital because he didn’t want to be arrested and end up in prison. In the end he became so ill that his family tried to get him into a hospital for much-needed treatment, but he was refused, even at Firouzgar Hospital. This was because the authorities had told hospitals not to treat gunshot victims.  He was admitted to a private hospital but it was too late and died from his injuries on January 10.th

In a similar case, Reza Abbassi was shot in November in Isfahan and injured. He originated from the Arab Famous village near Kazerun in Fars Province. He too lost his life in January due to an infection. He was laid to rest in his home village without a ceremony and guarded by the security forces.

The November 2019 protests were sparked by the trebling of fuel prices and ended up being not just economic but political too.  The use of live fire by security forces caused 4,000 injuries. Even though many of the injured were transferred to hospitals for treatment in Tehran, Shiraz, Alborz, and Khuzestan, the security agents searched for them and when they were found they were either killed or kidnapped.

There were some despicable cases where the security forces took the injured protesters to hospitals but their names were not registered.  Once the bullets had been removed the people were taken out of the hospital and none knew where they were taken.

Many more protesters lost their lives in the absence of the appropriate medical treatment and a total of 1,500 protesters died while 12,000 were detained many of whom suffered injuries from inhumane torture and they were in danger from threats of being subjected to the death penalty.