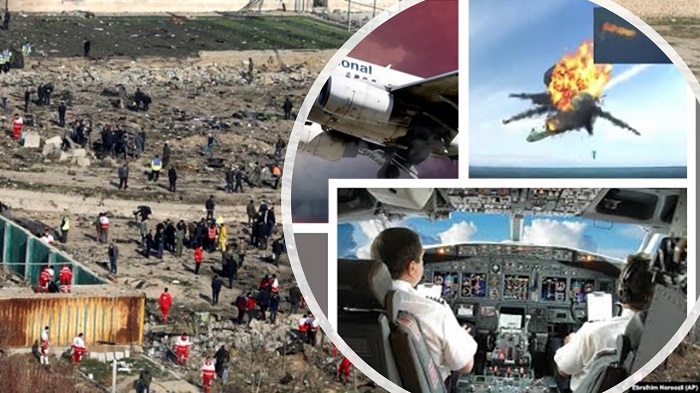 The Iranian regime is terrified that the information stored on the black box of Ukrainian International Airlines flight PS752, which the Revolutionary Guards (IRGC) shot down over Shahriar with surface-to-air missiles in January, being revealed to the public.

This was made obvious when, in response to a question from a reporter, Foreign Ministry spokesperson Abbas Mousavi admitted that the black boxes had been handed to French authorities who have the technology to download and analyze the data.

He said Monday that the French had no right to tell the media this as they are obligated to only provide data to the countries of interest, including Iran.

Other countries of interest, including Canada, have called for the information to be immediately released.

Kathy Fox, Chairwoman of the Transportation Safety Board of Canada, said: “The work in Paris is complete, but the investigation is still far from over. There are still many questions that need to be answered. I know that the relatives of the victims and many others are trying to find out what information was obtained. We called on Iran to release factual information from the on-board recorders as soon as possible.”

The Ukrainian government previously said that the downloaded black box data suggested “illegal interference” by the regime in the downing of flight PS752, which killed 176 innocent people.

The regime was forced to admit on January 11 that they had shot down the passenger jet three days earlier, which led to protests over this heinous act and the secrecy surrounding it.

Chain of lies and cover-up by Khamenei, Rouhani, and the IRGC about shooting down Ukrainian airliner. Qatar airways pilot saw the firing of the missiles-Regime parliament was also informed #UkrainianPlane #Iranhttps://t.co/OGNPdZRowD pic.twitter.com/6qxs8WYsw9

The regime, of course, tried to give several ridiculous excuses for their actions, none of which could hold water, and gave a hollow apology. It is clear that all they wanted was to evade blame. One of the most prevalent that they thought the plane was a missile headed towards Iran, despite the fact that it is not the rights size and was flying away from an airport, having been given permission to take off minutes earlier.

Mrs. Maryam Rajavi, head of the National Council of Resistance of Iran (NCRI), said that this is another heinous crime that the Iranian people will never forget.

She said: “The regime had given advance warning about its missile attack on American bases to the Iraqi government & its military and through them to the US. But did not issue any advance notice to our compatriots and did not cancel passenger flights.”