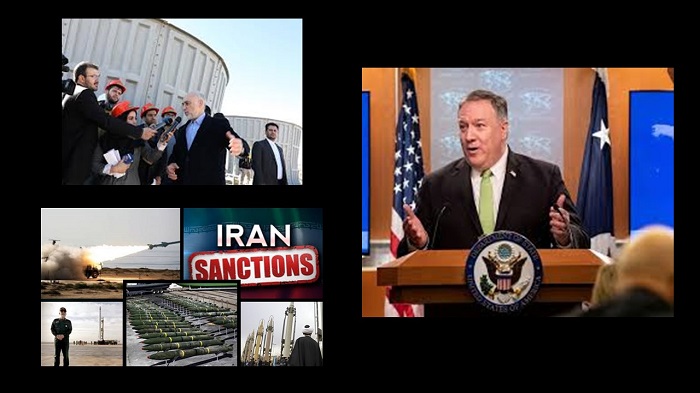 Earlier this week, a press release from the United States administration announced that the sanctions waiver relating to the Joint Comprehensive Plan of Action (JCPOA) would be terminated in 60 days.

In 2018, US President Donald Trump announced that the United States would be withdrawing from the 2015 Iran nuclear deal because of the Iranian regime’s malign activities. However, some sanctions waivers remained in place.

In the press release, US Secretary of State Mike Pompeo announced that the sanctions waiver “covering all remaining JCPOA-originating nuclear projects in Iran – the Arak reactor conversion, the provision of enriched uranium for the Tehran Research Reactor, and the export of Iran’s spent and scrap research reactor fuel” will be terminated.

He explained that there would be a wind-down period of 60 days which allows entities and companies to cease all related operations.

The US Secretary of State also took the opportunity to designate Majid Agha’i and Amjad Sazgar “for engaging or attempting to engage in activities that have materially contributed to, or pose a risk of materially contributing to, the proliferation of weapons of mass destruction”.

Secretary Pompeo said that Iran’s “escalatory actions” with regards to its nuclear activities are unacceptable and it has forced him to make the decision not to renew the waivers. He said that Iran’s “nuclear extortion” is going to result in further pressure, isolating it even more from the international community.

The US Secretary of State also called on nuclear workers in Iran to make a decision. He said that they could continue putting themselves at risk of being sanctioned, or they could instead take their skillset and use it for something that would help the people of Iran.

The US Special Representative for Iran, Brian Hook, commented on the press release later in the day, emphasizing the US administration’s position on Iran. He said that the regime is still extorting the international community with its nuclear program and that the United States will not accept this behavior. He said the Iranian regime is trying to intimidate the international community into accepting its belligerence “for fear of something worse”.

The Iranian Resistance (PMOI/MEK Iran) has welcomed these comments and this action from the United States because it is continuing to pressure the Iranian regime. The deputy director of the U.S. Representative Office of the National Council of Resistance of Iran Mr. Alireza Jafarzadeh described the US’ decision as “commendable” and “long overdue” because it deprives the mullahs of the resources that it uses “to further enhance their nuclear weapons program, empower their proxies in the region, and suppress the Iranian people”.