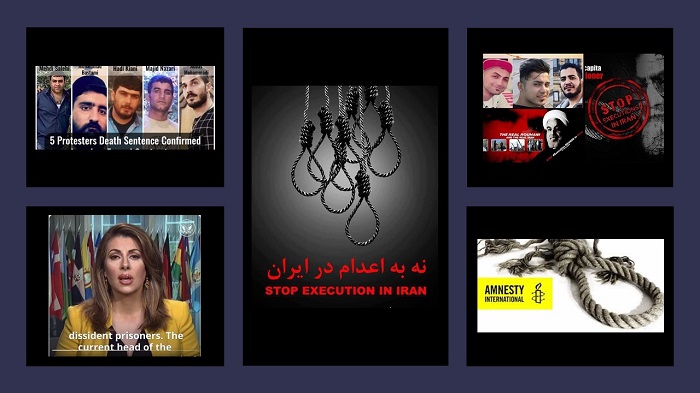 For several years, many have been calling for an investigation to be carried out into the 1988 massacre in Iran in which more than 30,000 political prisoners were extra-judicially murdered on the orders of the Supreme Leader at that time.

Most of those that were executed were members or supporters of the People’s Mojahedin Organization of Iran (PMOI / MEK Iran).

This is one of the regime’s most shocking and horrific crimes against humanity and it tried so hard to eliminate its main opposition. However, this is not an isolated incident. The Iranian regime is still trying to silence the (PMOI / MEK Iran) and it has killed many of its opponents over the past four decades.

1) The #Iranian regime has been spending billions of dollars inside and outside #Iran through its lobbyists with fake news, struggling to demonize the #MEK and #NCRI. The regime’s goal is to portray that the regime has no alternative.https://t.co/8zkKZbRBlt

There have been three major uprisings in Iran in as many years. The people’s desire to see the regime collapse is widespread and their determination is clear for all to see. They risk everything, literally their lives, to take to the streets and chant anti-regime slogans. The regime’s only response is to crack down hard on the people.

During the last uprising, the Iranian regime killed, injured, arrested, and imprisoned thousands of people. The international community has a responsibility to pay attention to the regime’s actions and needs to put its support behind the people of Iran who are only exercising their right to speak out about the terrible leadership that is destroying their lives and their country.

The international community has been shamefully silent over the past four decades. The Iranian Resistance (NCRI) and (PMOI / MEK Iran) have been continually drawing attention to the regime’s crimes against the people of Iran, but many governments have opted to turn a blind eye.

In order to hold the regime accountable for its current actions, the regime must also be held accountable for its past actions. Many of the individuals that were involved in the 1988 massacre, members of so-called “death commissions”, now hold high-level positions in Iran. It is particularly important for an investigation to be carried out into the 1988 massacre immediately because the Iranian regime has already destroyed evidence of its acts in recent years, such as the destruction of mass grave sites. Amnesty International has said that there are plans for further construction projects to take place at mass burial sites very soon.

A number of governments have suggested that the regime carries out an internal investigation into the 1988 massacre but this would be the biggest mistake that the international community could allow.

How can a regime that still murders its opponents and unarmed people that are peacefully protesting be allowed to carry out an investigation into an event that it continues to justify to this day? How can it possibly bring justice when it believes that officials were carrying out “God’s command”?