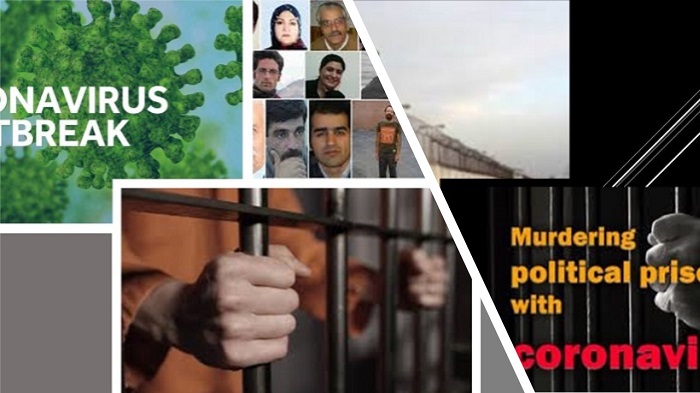 It is clear for analysts to see that the Iranian regime is on the verge of collapse. There are countless indicators for this, including the regime’s relentless suppression of dissent. There are a huge number of political prisoners in Iran and they are treated terribly from the moment of their arrest – even before this point if they have been subjected to threats by the authorities.

They are tortured in jail in an attempt to get them to confess to crimes they have not committed and they are often charged with vague offenses. The trial process would be laughable were it not for the number of innocent people locked up, just because of their political beliefs.

Earlier this month, the regime’s representative from Zanjan and Tarom, Fereydoun Ahmadi, admitted that the judicial process is as corrupt as the regime as a whole. He said, explicitly, that justice in the country “is based on political expediency, not justice”. He also pointed out that cases are not studied properly. He said: “It is performed by the fairness of the field courts, which neither argues nor has the opportunity to study the case, nor give the expert the chance, nor looks at the documentations.”

In a message to the head of the country’s judiciary, Ahmadi said that the system is “not a haven” for the “oppressed people” and that it is used by the regime as a “tool” to cover up its “weaknesses, inefficiencies, and mismanagement”.

He said he hopes that a new chief of the judiciary will make major changes to the judicial process.

The Iranian regime has launched a new wave of executions while the novel #coronavirus has engulfed the country & also spread to #Iran’s prisons. 11 inmates were hanged on April 22, in the prisons of Gohardasht, Kermanshah, Sanandaj & Dastgerd (Isfahan).https://t.co/VqzGD7Vvwe

Speaking about the government’s recent economic decisions, Ahmadi also highlighted that mistakes are being made. He said: “The wrong decision of the President in the pre-sale of coins cannot be covered up by execution and the destruction of people’s houses and businesses. The adventures of 4,200 tomans (official currency) cannot be solved with imprisonment and heavy fines for economic activists.”

He quite rightly pointed out that Iran’s economy has been “devastated”. Years of corruption and economic mismanagement have caused irreparable damage to the country’s economy. The people of Iran, as always, are the first victims when it comes to the regime’s corrupt policies. Year after year, more and more people are falling into absolute poverty. Unemployment is growing. Purchasing power is declining. And the regime continues to plunder the nation’s wealth.

Ahmadi said: “The country’s economy is devastated. We have built a ruin. (…) If we execute and imprison all economic activists, this ruin will not become right. The solution must be sought elsewhere. Unfortunately, despite the release of tens of thousands of prisoners in 2019-2020 and their pardon and the release of tens of thousands of people due to the outbreak of the coronavirus, prisons are still full of men and women, while a large part of them has been created due to the unfavorable economic and social conditions resulting from our performance.”

The regime cannot recover from the mistakes it has been making for four decades. Nothing it will ever do will regain the trust of the people. And the people will not stop rising against the regime until it falls.

Supreme Leader Ali Khamenei spoke to the young men about the PMOI #MEK #Iran and his concerns about the opposition group. He warned that the regime needs to be “careful about the enemy recruiting members of our young society”.https://t.co/Ez238fMSxZ#Iranian @USAdarFarsi pic.twitter.com/gUpnkHwzAZ

The heroic resistance of the Mujahedin-e Khalq’s (PMOI/MEK) political prisoners has always been inspiring for the opposition movements of Iran particularly the youths, the teachers, and the workers.

According to the National Council of Resistance of Iran (NCRI) and the MEK sources, during the period of June 22 to July 22, 2019, there had been 24 hunger strikes by political prisoners in Iran.