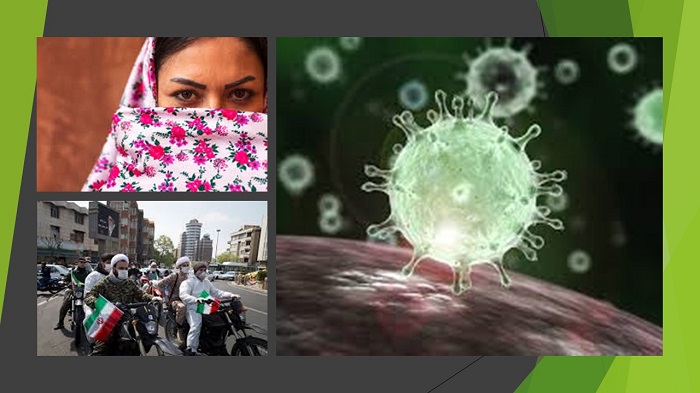 Since the beginning of the Coronavirus outbreak in Iran, the regime has deceived the people of Iran about the gravity of the situation and the extent of the outbreak. It has done the same to the international community.

Iranian regime, has been unable to control the health crisis that has spread to more than 317 cities across the country. According to the People’s Mojahedin Organization of Iran (PMOI/MEK), the main opposition force to the current regime 41,000 people have now lost their lives due to the COVID-19 outbreak.

More than 41,000 people have died of the novel #coronavirus in 317 cities checkered across all of #Iran‘s 31 provinces, according to the Iranian opposition PMOI/MEK. pic.twitter.com/YUSMXaSNRB

Iranian regime, yet it has refused the international aid that it needs. Even the death toll it reports is far from the truth. The regime claims that only around 6,000 people have died after contracting the virus – a clear fabrication of figures. Doctors and nurses across the country have opposed the regime’s efforts to silence them, and they have spoken out about the condition of their hospitals, which are overcrowded.

Reporting a low death count is part of the regime’s propaganda. It is its way of trying to control a situation that it should have been able to deal with. Before the outbreak, Iran was equipped to deal with the crisis, but it sold protective equipment to other countries at a profit. It also could have controlled the spread of the virus by suspending flights to China, like other countries did. But these flights that continued ensured the spread of the virus, not just across Iran but also to its neighbors.

The first cases of the virus were detected at the end of January, but the regime did not speak about any cases until almost a month later. Lockdown measures came far too late and they ended far too early – all for selfish reasons. The regime did not want too large of an impact on the economy, but this came at the expense of the people.

Constant lies of the Iranian regime’s leaders about the reality of #coronavirus crisis in #Iran
@USAdarFarsi #MEK pic.twitter.com/VBFbVMDJZ7

In the latest developments, Iran is trying to negotiate an opening of its border with Turkey and this is where its propaganda is playing a major role. It cannot admit that the death toll is much higher than it reports. It also looks good for the Iranian regime if it appears that the health crisis has been controlled to such an extent that the people are no longer locked down. If the Iranian regime can convince Turkish authorities that the number of cases of COVID-19 is significantly less than it really is, this will work in its favor towards the opening of borders.

However, the consequences of the regime’s lies will be far-reaching. Letting the virus spread into another country will cause tens of thousands more deaths and the virus will spread further across Europe into countries that are still grappling with their own health crisis.

Once again, the Iranian regime has dragged the United States into its propaganda machine. It has used the health crisis to call for sanctions relief and it has accused the United States of economic terrorism and slammed its policies that it describes as “inhumane”. However, it must be noted that US sanctions do not include medical supplies or medication. Iran’s argument is null because the aim of the sanctions is to stop the regime’s financing of terrorism – not to hurt the people.

The regime must be carefully monitored because it is acting in a way that will have harmful consequences across the world.

Mrs. Maryam Rajavi, the President-elect of the National Council of Resistance of Iran (NCRI), referred to the rising toll of the virus and added: All the promises by the mullahs to the deprived and calamity-stricken people of Iran are hollow and worthless. The only way to end poverty, destitution, and unemployment is to end the mullahs’ evil dictatorship and establish freedom and people’s sovereignty.