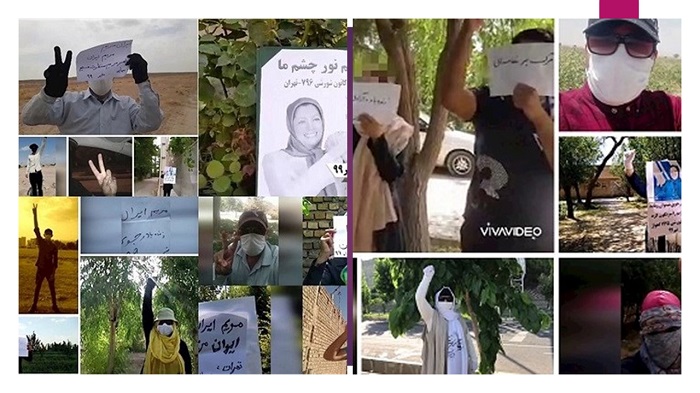 The network of activists in Iran called the Iranian Resistance Units, part of the People’s Mojahedin Organization of Iran (PMOI / MEK Iran), has been organizing commemoration activities across Iran to mark the anniversary of the slaughter of 30,000 MEK political prisoners in 1988.

Nearly 10 years after the Iranian Revolution, Ruhollah Khomeini ordered the slaughter of 30,000 MEK political prisoners in an attempt to wipe the organization out. This was the 1988 massacre. Resistance units have been active in writing slogans and messages in many Iranian cities to commemorate the massacre and call for the perpetrators to face trial.

Some of the many slogans used included:

On Jul 30th eight suppressive centers were targeted by Iranian youth. These included:

97 cities across Iran were targeted in July by the Resistance Units. These activities coincided with the annual summit, which this time was held in Albania, the “Free Iran Global Summit”. This was attended by 3,000 members of the MEK who took part in this year’s online event from 30,000 locations, including Iran.