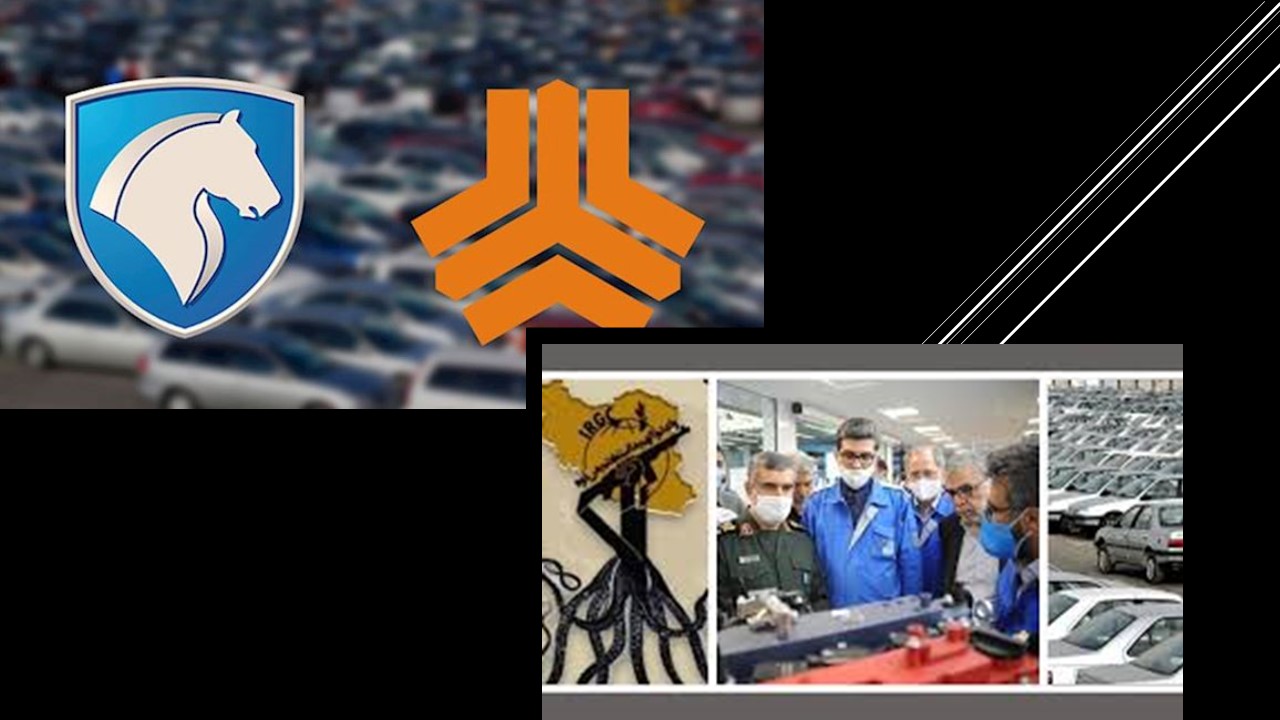 Iran is facing bankruptcy, but that hasn’t stopped the rapacious habits of the IRGC which, not satisfied with controlling much of the country’s assets, is now turning to the automotive industry, worth 15 billion dollars, despite being already half dead.

The new move follows the IRGC’s acquisition of much of the construction industry, private docks, oil, and petrochemicals as well as smuggling, activities which are condoned and supported by the regime’s Supreme Leader, Ali Khamenei.

So how did the IRGC manage to get its tentacles on these assets?

On May 6th this year, Ali Khamenei said that any organization that could send a satellite into orbit could manage the production of a 5 liter per 100-kilometer car.

By May 28th, just three weeks after Khamenei’s utterances, Ali Hajizadeh, the IRGC Brigadier General, he who commanded the force that unwittingly managed to shoot down the Ukrainian commercial airliner last year, visited the Iran Khodro factory. As Khamenei mentioned in his report to the state-run press, the aim of the IRGC’s intervention into the car industry is to manufacture a low-fuel model car.

Hajizadeh, in a meeting with the Acting Minister of Industry, Mines and Trade and CEOs of the automotive industry, said that the IRGC would assist the industry to keep costs down, reduce fuel use, increase quality and make the industry more localized.

The Acting Minister of Industry, Mines and Trade, Hossein Modarres Khiabani, said that a lot could come from combining the resources of the civilian and military sectors. “We are using technology and facilities in the field of missiles that are related to the automotive industry,” he said.

The former CEO of Iran Khodro, Manouchehr Manteghi, said that Saipa and Iran Khodro’s assets should be handed over to the IRGC Cooperative Foundation, even though the IRGC has had no experience with the car manufacturing industry.

This is all the more surprising, as back in January 2018, Amir Hatami, the Iranian Defense Minister, said that the Supreme Leader, Ali Khamenei, had given instructions to the General Staff of the Iranian Armed Forces not to engage in any “unrelated economic activity.” It seems that the interest that the corrupt and terrorist IRGC has in the automotive industry is not considered as “unrelated economic activity.”

According to a parliamentary report released on May 19th, 2020, corruption and financial losses within the Khodro and Saipa automobile companies had increased after security agencies had become involved. The report makes it even stranger that the military should follow the path led by the security agencies into the mismanagement of these companies.

Iranian car production statistics show that the number of cars continues to drop. There was a 25% drop in the number of cars manufactured in 2015 compared to2014, for example. Despite these figures, the 15 billion dollar car market is still an attractive and relatively important one in Iran’s near-bankrupt economy.

It appears that the car market is attractive enough to warrant attention from the tentacles of the IRGC.

It is worth to mention that: AFTER CALLS FROM THE MEK AND NCRI, THE US IS SET TO INCLUDE THE IRGC IN ITS TERROR BLACKLIST