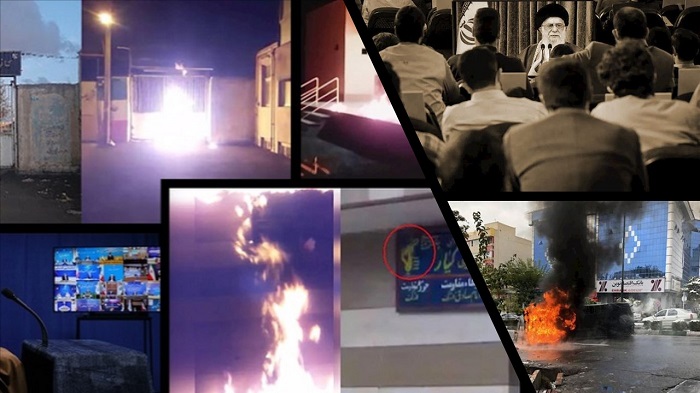 Iran’s Supreme Leader, Ali Khamenei, has expressed his concerns about the disaffection of Iran’s young people and the growing influence the People’s Mojahedin Organization of Iran (PMOI or MEK Iran), is having. He spent time talking to young IRGC Basij members on May 17th, but the speech showed his confusion.

Khamenei spent time extolling his desire for a “Hezbollah” government, with a youth-oriented leadership. The main contradiction he made was to confuse his preferred leader, the recently deceased Quds Force commander, Qassem Soleimani, with anyone resembling someone young. Soleimani was in his 60s when he was killed by a U.S. drone last year.

Khamenei, in mentioning the increasing influence of the MEK Iran, refused to use the name of Iran’s main opposition, no doubt because he thought by referring to it directly would legitimize its relevance. Khamenei instead talked about “an eclectic Muslim” group that had been actively opposed to the mullahs’ regime ever since the downfall of the Shah at the end of the Iranian Revolution of 1979. His words to the IRGC youth exposed his concern about the MEK Iran gaining credibility amongst Iran’s youth, especially amongst its students.

Khamenei’s focus on student consciousness follows the arrest of two bright Iranian students because of their alleged connections with MEK Iran. The arrest of these two award-winning young men was announced by the Judiciary Spokesman, Gholamhossein Esmaili, on 5th May. On the same day the announcement of the arrest was made, the MEK Iran released a list of 18 other young Iranians who had been arrested and imprisoned because of their alleged political activity.

The Iranian regime has spent more time commenting on the increasing influence of the MEK Iran on the nation’s youth, following the uprisings in Iran in January 2018 and November 2019. The fact that this concern has reached the Supreme Leader is an acknowledgment that the influence is genuine and that this represents a real danger to the future hold the regime has over Iranian society.

Khamenei reiterated to the Basij forces in his speech that you should not allow the enemy to take advantage of your protests. They are waiting to use any such opportunity… The enemy will portray your protests over whatever subject as dissent against the state, and provide such an image to their viewers… Be careful of those who take advantage of these protests to pursue their objectives against the state,”

“This enemy is the MEK Iran and its leader Masoud Rajavi,” he emphasized. He exhorted the forces embedded in the universities to be more willing to listen to those who may have disagreements as long as they weren’t aligned with the MEK Iran.

The People’s Mojahedin Organization of Iran (PMOI / MEK Iran) have stressed repeatedly that the regime is using coronavirus as a tool to keep its shaky grasp on power that little bit longer. https://t.co/XwybXe7Knh#Iran #MEK #coronavirus @USAdarFarsi pic.twitter.com/kEzCvdhUKR

One might wonder why after all this time is Khamenei so worried about something that was never talked about for so many years. Why is Khamenei so obviously terrified?

The regime’s increasingly shaky hold over Iran is one of the most obvious reasons and the other is the increasing support for a logical alternative, especially amongst the youth.

Khamenei yearns for a “young Hezbollah government,” but many in Iran think that the mullahs’ regime’s time is up. With rising unemployment, increasing poverty, the economy in tatters, the response to the Covid-19 epidemic a disaster, and increasing regional and international isolation there are plenty of reasons why few are listening to Khamenei and his regime.