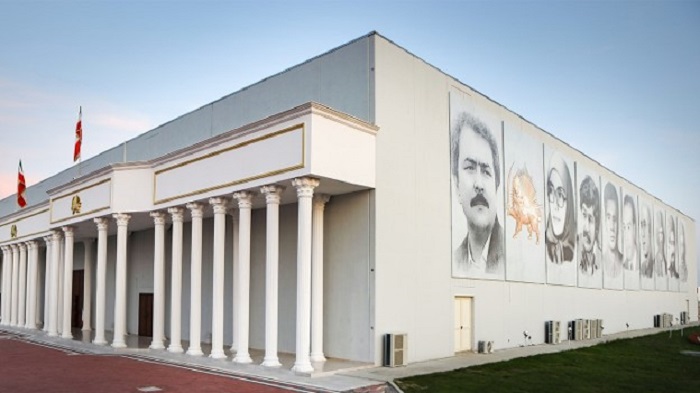 We were told by a friend that someone called Gjergji Thanasi has posted an image of us and our brother on his Facebook page. He is known to us as we have seen him mentioned in the media as someone in Albania who appears to be associated with the notorious Iranian Intelligence Ministry (MOIS).

When we accessed his Facebook page we saw that he had advertised the Iran-Interlink Facebook page that has posted images of our family. Iran-Interlink is known as an MOIS cover website and a 24/7 contributor to the MOIS aggression towards the Mojahedin-e Khalq (PMOI / MEK Iran). We have seen also that Thanasi follows these websites and shares regularly all the MOIS accusations against (PMOI / MEK Iran).

It appears obvious that he is the voice of the criminal mullahs in Albania. He promotes on his Facebook page claims that three of us have been kept against our will in Ashraf3, the (PMOI / MEK Iran) base in Albania and our mother who is in Iran has pleaded for help in getting a visa granted by the Albanian government to come to Albania to visit us. There is not one single person on this earth with any common sense who would believe that the Intelligence Ministry of the fascist-like regime of Iran would ever care about the MEK’s families and run a campaign on behalf of any (PMOI / MEK Iran) relative to get a visa to go to Albania.

When I, Mehri, was 16 and Nahid was 14, as peaceful supporters of (PMOI / MEK Iran) for the struggle for freedom in Iran, we were both arrested in Tabriz. We were consequently tortured and harassed by the employees of the Revolutionary Guards (IRGC) of this murderous and terrorist regime.

Key Iranian regime officials approved the execution of their children

While in prison we saw how the regime used one family member to get at others. For example, on one occasion a new prisoner arrived who we discovered was the daughter-in-law of Mullah Hassani, who was at that time the representative of the Supreme Leader and the Imam of Friday prayer in the city of Urumiya. His son and daughter-in-law were part of the opposition movement which meant they had to hide if they wanted to avoid arrest.

Mullah Hassani wasn’t going to stand for this dissidence and was eager to reveal to the IRGC where his son and daughter-in-law were hiding. As a result, Rashid, his son, was executed and unbelievably the father praised this deplorable action. Rashid’s wife ended up in prison. Seemingly, this wasn’t the only time when people who held high positions in this murderous regime reported on their dissident children who subsequently were executed for their beliefs.

Another dreadful example was that of Muhammadi-Gilani, who at the time held the position as the regime’s Prosecutor General. He unbelievably signed the approval for the execution of his two sons who were then (PMOI / MEK Iran) members. Mullah Jannati, the present chief of the Guardian Council, who is one of the highest-ranking officials in the regime, actually applauded God when his son was duly executed because he supported the (PMOI / MEK Iran).

One of our most horrendous memories from our time in prison is related to Soraya Abolfathi. She was a true heroine who stood up gallantly to torture and would not cooperate against the MEK. Sadly her life came to a bitter end when, while pregnant, she was executed.

Albania on the defense against Iran

The fact of the matter that the Iranian people, in particular the youth, are starting to see clearly how undemocratic the mullahs of the current regime are and that they will go to any lengths including murder to maintain their less than honorable positions in Iran. The regime is now on the road to collapse and for the first time in decades, the (PMOI / MEK Iran) and its families may exist in Iran without fear of arrest and execution.