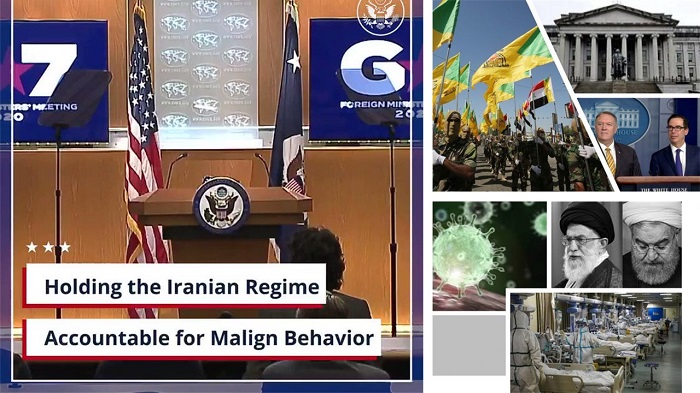 There is no end to the draconian tactics used by the Iranian regime’s Revolutionary Guards (IRGC) when it comes to oppression, terrorism, corruption, and even smuggling. Now the regime, through the announcement by the IRGC Brigadier General, Alireza Tangsiri, has warned those who trade using dhows are not allowed to continue doing so and if they do, their vessels will be torched while out at sea.

This information has come from the state-run Jahan News website.  The brigadier seemed to imply that goods were being smuggled and money was illegally going out of the country via these dhows.

Most of the dhows the Iranian regime’s navy has seized are boats used by the inhabitants of the provinces of southern Iran, such as Hormozgan and Bushehr. The goods were making their way mainly from Dubai to Iran and generally speaking, were items like consumer and electrical products demanded by the Iranian people. They have just brought in a basic living for the dhow owners.  The port of Bushehr has been the main one targeted by the IRGC.

The Economic Commission of the Iranian regime in early May announced in parliament that at least 95% of alleged smuggled goods follow official importing procedures on arrival in Iran. The key question is why does the IGRC threaten and spoil the livelihood of dhow owners by torching their vessels?

The evidence seems to suggest that over the last few decades goods have been imported by the IGRC using illegally constructed piers in the Persian Gulf to offload allegedly smuggled goods. Throughout these decades the IRGC has monopolized the smuggling and illegal export and import of goods.  The greed of the IGRC was revealed 10 years ago by Mahmoud Ahmadinejad, who used to be the regime’s president. He claimed that the IRGC controlled the illegal smuggling of 55 to 60 billion cigarettes for consumption by Iranians. This sort of shipment is valued at around 2 trillion tomans which are seemingly vast when compared to smuggling on a world scale.

It has already been acknowledged by some in the regime that the 20 billion was the tip of the iceberg when it comes to what Iran has lent Assad during the Syrian civil war. https://t.co/5SDpLba3tA#Iran #Syria #MEK #Corona @USAdarFarsi pic.twitter.com/fMvjZ9mfBp

IRGC covers up an illegal smuggling

It seems the IRGC has constructed some 80 illegal docks on Iran’s shores, which it claims are used for bringing in much-needed security products. However, the truth of the matter is that the IRGC has been sending fuel and other goods offshore without releasing any of its monetary gains for the use of the Iranian people. These billions of dollars in revenue find their way into the bank accounts of the IRGC’s corrupt and terroristic commanders without going through any financial audit and tax collection.

As the Iranian people are confronted with poverty behind their backs, the IRGC is making millions and all the IRGC can do is burn down the dhows of traders who are just trying to make a meager living for themselves.

A report was published in, 2019, by the National Council of Resistance of Iran (NCRI) which highlighted the Iranian regime’s Holy Shrines’ Reconstruction Headquarters’ role as a key organization of the Quds Force which implements the Iranian regime’s terrorist plans targeting Iraq and Syria.

Some of the destructive activities by the Iranian regime’s Revolutionary Guards (IRGC) are: