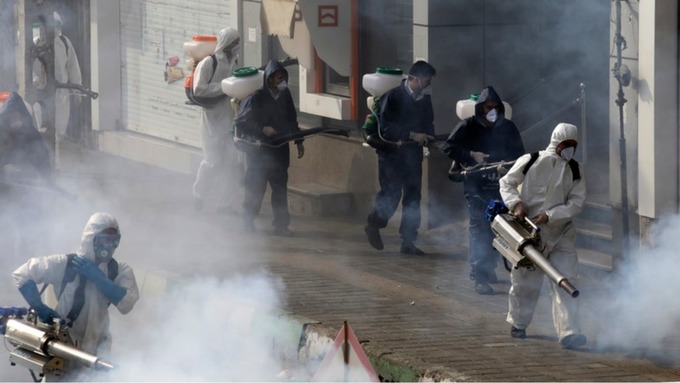 The seriousness of the situation is such that President Hassan Rouhani was forced to recognize the spread of COVID-19 in prisons.

Specifically, Rouhani said that, in a prison, 100 out of 120 detainees would be positive for Coronavirus. The infection would presumably spread from a person who tested positive and later got detained. So, after months of covering-up the real catastrophic effects of the epidemic, both the deaths, which according to the MEK Iran has so far caused the death of over 40,500 people, and the worsening of the already persistent economic and social crisis, the regime had to face the topic with this admission.

In general, the Iranian officials’ attempts to manage the COVID-19 crisis were immediately unsuccessful for the whole country. You can only imagine the extent of the discomfort the contagion has caused in the crowded Iranian prisons. Mass infections inevitably occurred and many inmates subsequently died. This dramatic scenario did not prevent the regime from making numerous arrests instead of easing the prison situation and securing prisoners. In fact, many have been imprisoned among political opponents and among those who have expressed judgment on the Coronavirus topic and what derives from it. Two students, well known for their intellectual (elite) training, have also been arrested recently, demonstrating, if it were still needed, how harsh and terrible the repression of the regime is. It shows how little the life of the Iranian people matter, especially prisoners, to those who have the duty to protect.

On the Iranian New Year, the Mullahs’ false propaganda claimed to have freed thousands of detainees. In reality, the detainees remained in the prisons and, with the inevitable progress of the contagion and the precariousness of the sanitary facilities, have given rise to numerous seditions in many penitentiaries. The riots were repressed in bloodshed and the regime’s response to their demands for security was summary justice of those who spoke up. The prison situation is still dire, especially for political prisoners due to the further tightening of detention measures. The National Council of Resistance of Iran (NCRI) released documents on the organization of the emergency of Iran. According to this, the regime was aware of the spread of the COVID-19 virus since January. To increase the turnout in the parliamentary elections, later boycotted from the population, the regime had deliberately denied the presence of the contagion in Iranian territory.

Later, when the pandemic was clear, the regime did not draw up a plan to stop the spread of COVID-19. The quarantine for the Iranian people came when the situation was out of control. The Iranians have been subjected to quarantine without any economic-social shock absorber for the weakest groups or for those forced to close their businesses and leave their jobs. Thus, whole families joined the already numerous armies of hunger. This scenario is the product of profound corruption. The Iranian institutions, to maintain their privileges, adopt economic policies that cause more and more suffering and discomfort to the entire population. In the end, to prevent the country from being exhausted, the regime reopened economic activities to the detriment of the health of millions of human beings.

In light of all this, Maryam Rajavi, president-elect of the NCRI, calls with force and determination that the international community, the general secretary of the united nations, the high commissioner for human rights, the council for human rights, and the speakers of United Nations specials, should intervene immediately to stop the executions of prisoners, ensure their safety, and prevent an already announced humanitarian catastrophe in Iranian prisons from escalating.