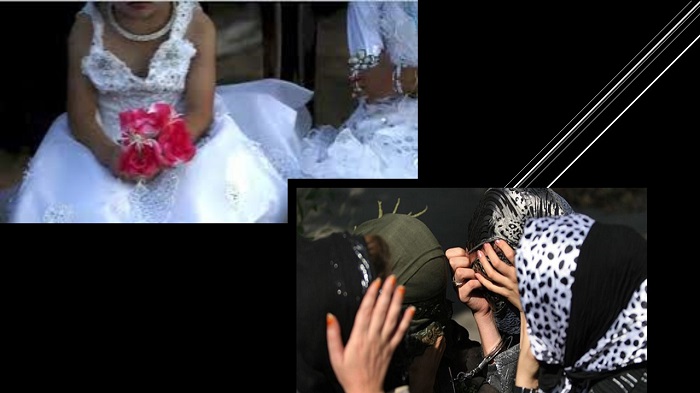 There could be nothing worse than forcing people to go to other countries when they don’t want to. This is happening in Iran, where girls and women are the targets of smuggling gangs, who enjoy immunity for these actions.

This never used to occur as most smuggling of this type took place in Arab countries, but now it is and little is being done to stop it.

The yearly report on people trafficking was released On June 20, 2019, by the U.S. Department of State and Iran is now a Tier 3 country, which is almost the lowest rank.

This is the full quote from the report

“The Government of Iran does not fully meet the minimum standards for the elimination of trafficking and is not making significant efforts to do so; therefore, Iran remained on Tier 3,” the report asserted. Besides, the government has made no effort to stop the trafficking so it has got even worse. Even in Iran, commercial sex is allowed and Iranians traveling abroad are allowed to take advantage of sex tourism without being questioned.

Why women’s trafficking is so easy

This is because so many people in Iran suffer from poverty and it is easier to arrange child marriages, prostitution, and young concubines because no one objects.

The Deputy Chairperson of the Women’s Faction in the regime’s Parliament, Masoumeh Aghapour Alishahi said, “Around the cities and villages that have a good climate geographically, wealthy people build villas. Because of their financial means, they hire and trade in young children and girls.”

Poorer people often tell their daughters they must enter marriages against their will for economic gain, often with old people. The families in return get shirbaha from the groom, which is like a dowry. This helps out the family financially.

#Iran under the mullahs: “Iranian officials were reportedly actively involved in the promotion of commercial sex, including cases of sex trafficking.”https://t.co/Dn6uKI0Ri3 pic.twitter.com/FZAitdtjA8

A recent report published by this media source was titled “Shocking report behind the scenes of trafficking of Iranian girls to neighboring countries.”

The report mentions brokers who trade girls from 18 – 28 with other countries, including the U.S. and Europe where a hefty charge is demanded the service.

Even within Iran, some traders sell young girls for up to $100 per night to Arab men.

Report by Rokna a state-run website on December 16th, 2019

The report stated that “This cafe has become a hangout for citizens of Arab countries. Citizens of Persian Gulf countries trade young girls for a few hundred dollars for a night of illicit intercourse here.”

A Didar news report in October 2019

This states that “Iranian girls provide the most expensive sexual services. Of course, most of the profits go to the bosses and the provider organization. Some people earn about 700,000 dirhams for bringing a group of Iranian girls.” It continues the report by saying “An Iranian girl enters different levels at different prices once she is in this dirty mechanism.

#Iran under the mullahs: “Iranian officials were reportedly actively involved in the promotion of commercial sex, including cases of sex trafficking.”https://t.co/Dn6uKI0Ri3 pic.twitter.com/FZAitdtjA8

The highest figure is around 100 million. After that, if she is still the boss’s favorite, she stays with her for 1 to 3 months and during this period receives between 1000 and 2000 dirhams for one night.”