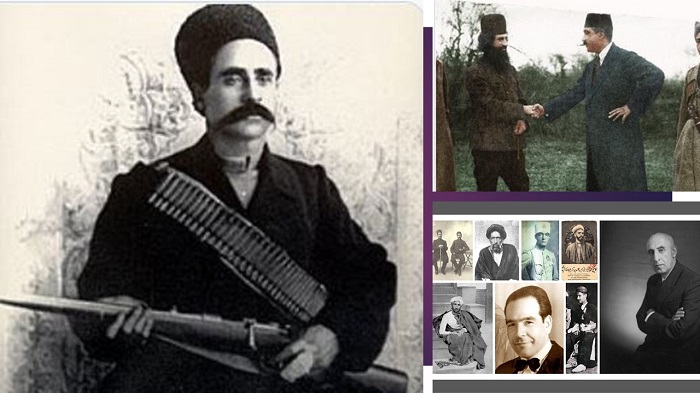 One of the key questions surrounding Iran’s contemporary history today is when exactly did it start? It seems over the last decade people have attempted to alter the real history of a nations’ people undermining the amount they have sacrificed to achieve freedom, peace, equality, development, and independence.

Who are the real people who have been excluded from the history books?

They are important figures who paved the way for a better Iran. These are some of the names that should be mentioned as heroes:

The First Republic of Iran has been lost in history and was concealed by the Shah and the Sheikh (the mullahs’ regime) so that Iranian patriots and youth weren’t made aware of the truth.

Changes took place in Iran on 30th June 1920 when Mirza Kuchik Khan entered the city of Rasht and was met by the overwhelming support of the people. Earlier, on 5th, June Mirza Kuchakkhan and his allies revealed that the monarchy had been abolished and in its place, a republican government was established.

The plans for this new government

What took place first was eliminating the British from Iran, then:

When the Republic has first announced it started with the words ‘Hoval Haq’ followed by the republic’s demands which were:

The termination of Mirza Kuchak Khan’s purity, democracy, and revolutionary ideas can be observed in his earlier agreement with the representatives of the Soviet revolution.

In that agreement, Mirza insisted on maintaining the religious beliefs of the Iranian people and while obtaining their consent, formally supported that the government of the Provisional Revolutionary Republic, once it entered Tehran and established the Assembly of Envoys, would then hand over the administration of revolutionary affairs to a government which is truly representative of the people.

The Soviets also promised the following:

The Republic of Iran’s new government considered establishing the National Bank of Iran so it made the country more independent economically.

Mirza Kuchak Khan and the ‘Mujahideen of the Forest’ showed their care for Iran, even though they were confronted with difficulties and restrictions brought about by the fight they had to endure against both the Russian and British forces and the Persian Cossack. The Brigade of Rezakhan collected 200 Kharvar, which is 300 Kg of rice from the Gilan people, and sent it to the people of Tehran who were hungry. They also pledged to pay 10,000 tomans per month as a donation to help out the poor.

Mirza Kuchakkhan and the Mujahideen of the Forest outlined its beliefs in their ‘Letter of intent’ for the Republic of Iran. They emphasized the following:

Not allowing monopoly and the accumulating of capital and currency;

Nationalization of all public wealth including such assets as:

What is mentioned above is just a small part of the real history of Iran, but there is no mention of this today. The Iranian regime and the surviving pieces of Pahlavi’s regime are attempting to erase these facts from Iran’s history and use their people who are not genuinely part of the history of Iran.