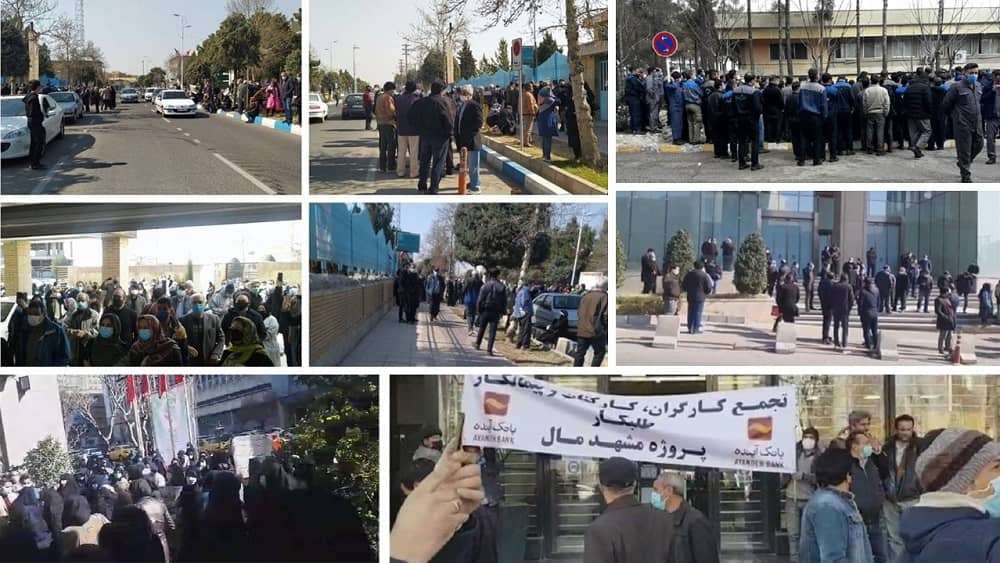 Society in Iran is in an explosive state and a major nationwide uprising threatens to break out at any time. The main opposition to the Iranian regime, The National Council of Resistance of Iran (NCRI), and the People’s Mujahedin of Iran (PMOI / MEK Iran), has been reporting on the protests that are taking place across the country.

Protests by pensioners and retirees

At the weekend, there were protests held by pensioners and retirees of the Social Security Organization in dozens of cities across the country, including in the capital city Tehran, Isfahan, Shiraz, Mashhad, Karaj, Shush, Tabriz, Urmia, Kermanshah, Arak, Ahvaz, and many more. The protests this weekend marked the seventh consecutive protest they have held. Security forces were present and a number of arrests were made. The retired workers called the government out for plundering the nation’s wealth and destroying the lives of so many people across the country.

These pensioners and retirees have been protesting to draw attention to their cause for several years. They are suffering the consequences of the regime’s economic mismanagement and corruption. Even their minimum demands have not been met, such as adjusting their pensions according to the devaluation of the national currency. The poverty line in parts of the country is at 100 million rials, while an average retiree gets 25 million rials.

Protests taking place across the country

Other protests taking place across the country include street peddlers in Tabriz. The security forces present there stopped them from doing their jobs, seizing their belongings. This resulted in the workers and many locals marching towards the local governorate building. Several peddlers were arrested and security forces attacked the protesters.

Workers at the Nurabad-Arak railway

Workers at the Nurabad-Arak railway in central Iran held a strike on Monday because of the non-payment of their salaries and benefits. Railway workers in Karaj held a strike the following day because their insurance rights have not been secured for a number of months.

In Tehran, people who fell victim to the stock market exchange collapse protested against the regime’s role in encouraging people and deceiving them into buying shares, jeopardizing their entire life savings in many cases.

These are just a few of the protests and strikes that have been taking place in Iran, but they are representative of the major discontent in society. The people have made it very clear that they do not accept the rule of the mullahs and they see them as the cause of all of the major crises that have taken place.

State-run media outlets are warning the regime that the People’s Mujahedin of Iran (PMOI / MEK Iran), is playing a major role in the current protests. It has a major organizational role and is amplifying the voices of the people, giving them the strength to continue working towards freedom. This is one of the major threats to the regime’s existence.