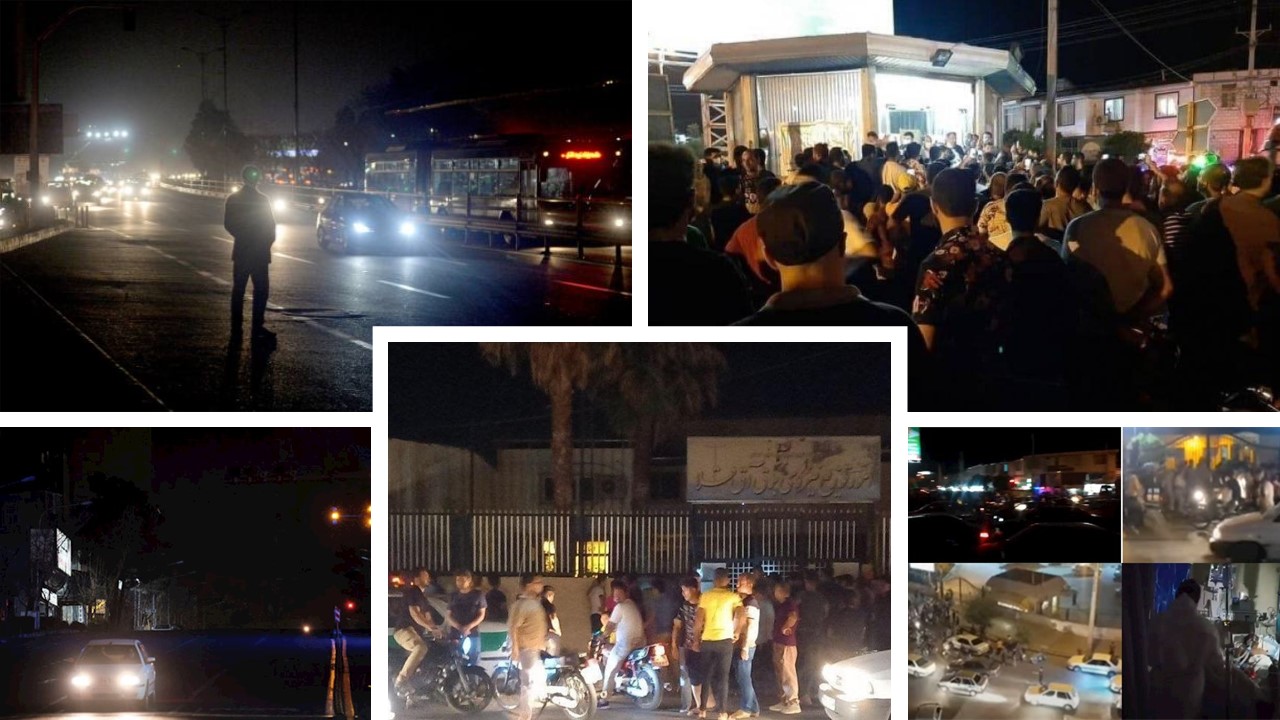 People from all different areas in Tehran and several other cities took the streets on Sunday night, July 4, due to frequent power outages. “The people of our society are outraged,” an outlet linked to the regime wrote, “and the volume of bad news these days is so great that it has put everyone’s tolerance threshold at risk.”

If the power outage persists, the people’s wrath and dissatisfaction will spread to other social and economic issues, and protests will become more widespread. Previous large-scale protests across the country have been sparked by economic difficulties, such as the significant increase in fuel prices in 2019.

The mismanagement of a pandemic that killed thousands of people

The mismanagement of a pandemic that killed hundreds of thousands of people, The National Council of Resistance of Iran (NCRI), and the People’s Mujahedin of Iran (PMOI / MEK Iran), reported that the coronavirus death toll in 547 cities surpasses 335,100.

Excessive inflation that has forced more than 80% of Iran’s population into poverty, severe drought in several regions of the nation, regular power outages, and poverty have pushed the society to the brink of collapse.

The escalating number of labor strikes, protest sit-ins, gatherings, and marches indicates that the Iranian people’s patience and tolerance have reached a breaking point, and their fury is uncontrollable.

Protests by all walks of life

For a long time, teachers, pensioners, and stock market investors who had followed Khamenei and Rouhani’s advice and lost their livelihood in Iran’s stock market have staged gatherings and protest actions.

Workers at refineries and petrochemical industries in the south and other areas conducted strikes not long ago. Farmers in Isfahan then began to demonstrate a lack of water for their cattle and crops. Protests about power outages are erupting in cities all around Iran right now.

Officials within the regime claim that massive investments are required to tackle Iran’s infrastructure challenges. However, proponents of this idea never discuss Iran’s vast natural resources being mismanaged and wasted.

In the 1390s, about $1,000 billion was spent. In the last decade, Iran’s economic growth has been close to zero and has faced unparalleled waves of inflation and economic instability.

The pandemic brought Iranian society to a pause; Khamenei was able to postpone the people’s inevitable rise for a time.

That is why Khamenei blocked the import of coronavirus vaccines from the United States, the United Kingdom, and France, allowing the virus to spread quickly and kill a large number of people.

The social situation has alarmed Khamenei

However, the tumultuous social situation has alarmed Khamenei. Following the uprising in November 2019, resistance units have quickly proliferated across Iran. The resistance units have been the driving force behind recent protests, as well as their goals and demands, as a result of their efforts. Iran’s volatile society has turned into a powder keg.

The National Council of Resistance of Iran (NCRI), led by Maryam Rajavi, took action following a large boycott of the mullahs’ favored candidate, Ebrahim Raisi, who was implicated in the killing of political prisoners in 1998 and other crimes against humanity.

The NCRI demonstrated to the international community that there is a viable alternative in Iran that supports the Iranian people’s freedom in a massive online gathering with over 1,000 political personalities.