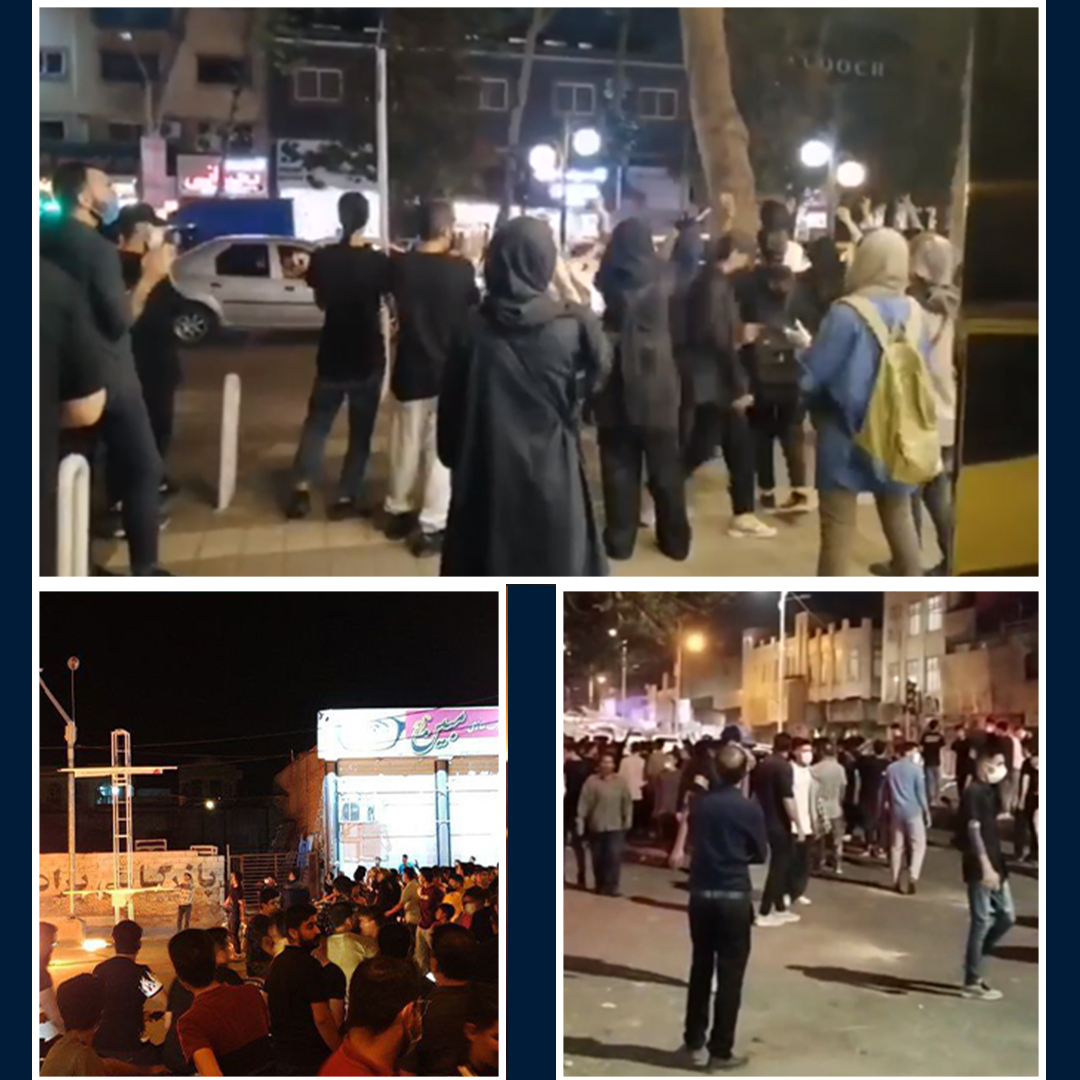 On Thursday, September 29, anti-regime demonstrations had been going on for nine days in many Iranian cities. Despite heavy security, internet shutdowns, and brutal repression, protests have reportedly spread to at least 164 cities and all 31 provinces across Iran.

The mullahs’ security forces have killed over 300 people. According to sources, over 15,000 protesters have been arrested.  Families of arrested protesters in Tehran demonstrated in front of Evin prison on Saturday, demanding the release of their loved ones. The regime ignored their demands and forced them to disperse.

Simultaneously, security forces repressed Tehran University students who had staged a protest rally. In recent days, university students have played a very active role in the protests, leading the call for regime change and freedom.

Over 300 people have been killed by the mullahs' security forces. Sources also report over 15,000 arrested protesters.#IranProtests2022 #MahsaAmini#مهسا__امینی pic.twitter.com/SWPyhHfVme

Mahsa Amini, a 22-year-old woman from Saqqez in Kurdistan Province, western Iran, was arrested by the regime’s so-called “Guidance Patrol” on Tuesday, September 13. The arrest took place at the entry of the Haqqani Highway and she was then transferred to the “Moral Security” agency.

Protesting her arrest, Amini was severely beaten by security forces in a van and was taken to the capital’s Kasra Hospital due to the severity of her injuries. Following preliminary examinations, doctors determined that Amini had suffered a stroke while also being brain dead. Amini passed away on Friday, September 16. Protests erupted soon after in several cities, including Tehran and Saqqez. Protests have continued and grown since then.

The ongoing crackdown has involved units of the regime’s Revolutionary Guards (IRGC), state security forces, the Ministry of Intelligence and Security (MOIS), and plainclothes agents. The theocratic regime is officially announcing and acknowledging internet disruptions as the protests have been escalating for over a week.

Activists in Oshnavieh, Kurdistan Province, western Iran, were posting videos of protesters taking over the city and torching all government buildings and some banks. Similar but unverified reports have come in from Marivan in northwest Iran.

“Due to security issues and various discussions that are currently taking place across the country, there may be restrictions imposed at various times through decisions made by the security apparatus,” said Issa Zarepour, the regime’s Minister of Information and Communications Technology, on Friday. “There have been temporary restrictions in some areas and at certain times of the day here in recent days,” he added.

Protest footage has been posted by activists in dozens of cities across the country. This includes the cities of Qom, Tabriz, Sanandaj, Saqqez, and Bukan. People in Behbahan, Khuzestan Province, southwest Iran, were chanting, “Mullahs must go!” Protesters took to the streets in Rasht, Gilan Province, northern Iran, chanting, “Death to the oppressor, be it the Shah or [Khamenei]!”

Demonstrations of Iranian Resistance (#NCRI and #MEK) Supporters in #Stockholm, #Geneva, and #Berlin, in Support of the #IranProtests #IranRevolution #IranProtests2022#Mahsa_Amini #مهسا_امینیhttps://t.co/epyVhk7pDx

Maryam Rajavi, President-elect of the Iranian opposition National Council of Resistance of Iran (NCRI), praised the over 100 protesters killed by the regime’s security forces during the latest protests, saying they “symbolize the Iranian nation’s will to overthrow the religious dictatorship and establish the people’s sovereignty. I salute the defiant youths who staged protests in 133 cities in just one week. Rise up to free those arrested and support their families.”

The nationwide #Iranprotests have expanded to 164 cities. Over 300 have been slain, and at least 15,000 arrested. The clerical regime is trying in vain to extinguish the flames of people’s fury. Its deadly clampdown only adds to the determination of Iranian youths. pic.twitter.com/txpHZCjq2T