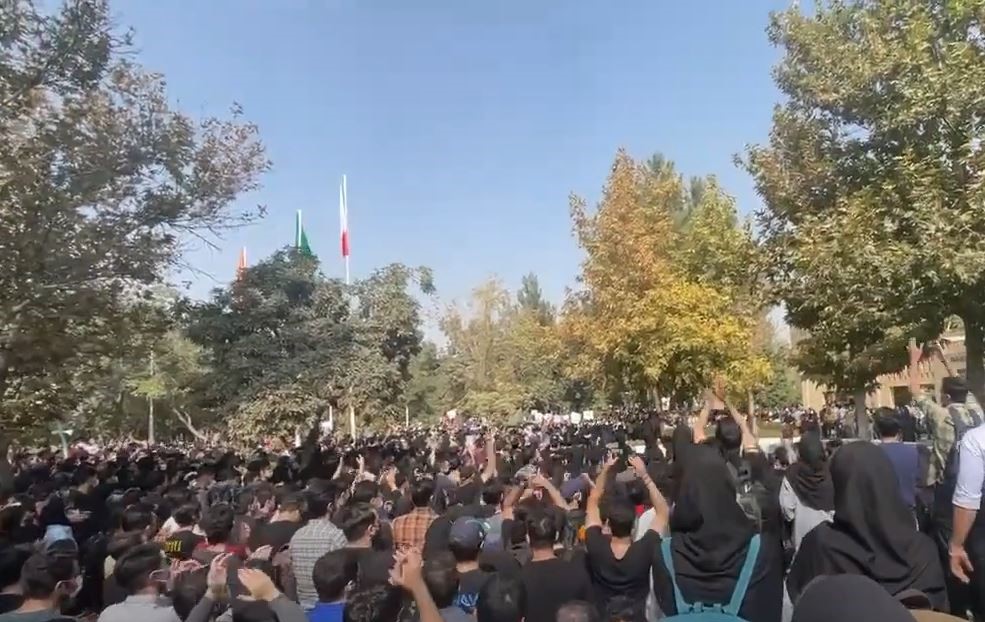 Despite the regime’s heavy crackdown, nationwide protests in Iran continue. Aside from the bravery of the people, what stuns any observer is the role of Iran’s most marginalized citizens in leading this uprising: Iranian women.

The new wave of dissent across Iran, which began with the brutal yet tragic murder of the 22-year-old Mahsa Amini by the regime’s morality police, demonstrates a national will to topple a corrupt and misogynist system that has brought nothing but misery to Iranians.

Footage obtained by the Iranian opposition group People’s Mojahedin of Iran (PMOI/MEK) shows brave young women confronting and resisting brutal, oppressive forces.  Footage from Shiraz shows a girl on a car encouraging the crowd to chant “death to the dictator.”

October 4 – Shiraz, south-central #Iran
High school students protesting and chanting:
"I will kill those who killed my sister!"#IranRevolution #MahsaAmini#مهسا_امینی pic.twitter.com/I1QWJZbfJJ

Since taking power in 1979, the ruling theocracy has targeted Iranian women because their advancement in society contrasted sharply with the mullahs’ medieval rule and backward thinking. Ruhollah Khomeini, the regime’s founder, made wearing the hijab mandatory a year into the 1979 revolution.

Mandatory veiling is just one of many misogynistic laws enacted by Iran’s clerical regime. The regime’s constitution considers women’s rights to be half that of men’s, allows polygamy, facilitates heinous honour killings, and prevents women from having an equal share in society.

Women as the driving force for change

The MEK and its parent coalition, the National Council of Resistance of Iran (NCRI), are led by courageous women who have given up everything to bring about a fundamental change in Iran.

During the recent protests in Iran, women demonstrated their strength and leadership, exposing the regime’s weakness. These women have been organizing and leading protests against the current misogynistic regime.

As a result, the Iranian Resistance has consistently emphasized the importance of empowering women to play a role in not only today’s struggle, but also in a free and democratic Iran.

The Iranian Resistance stipulates in its Women’s Rights and Freedom Plan that, individual freedoms for women, such as freedom of belief, religion, employment, travel, and clothing choice, are fundamental.

Mrs. Maryam Rajavi, the NCRI’s president-elect, emphasized the great potential of Iranian women in her speech on June 21, 1996, in London. She emphasized that, to the regime’s surprise, women will deliver “the fatal blow” and sweep away their oppressive rule.

“I emphasize once more that the women who have lived through the history and pain of gender discrimination before you, as well as the children, men, and women of the future, have set their sights on you… You are the ones who will usher in a golden age of equality, peace, democracy, and development in our history,” Mrs. Rajavi said.

As a result, it is not surprising that Mahsa Amini’s name has become the code name for what many believe to be the Iranian people’s revolution. Iranian women are fighting for more than just individual liberties; they represent the nation’s plight and struggle against the ruling theocracy.

In the third week of nationwide #IranProtests, the demonstrations of brave students in more than 100 universities in Tehran and other cities peaked on Saturday and Sunday. pic.twitter.com/hlPTuSyMNF