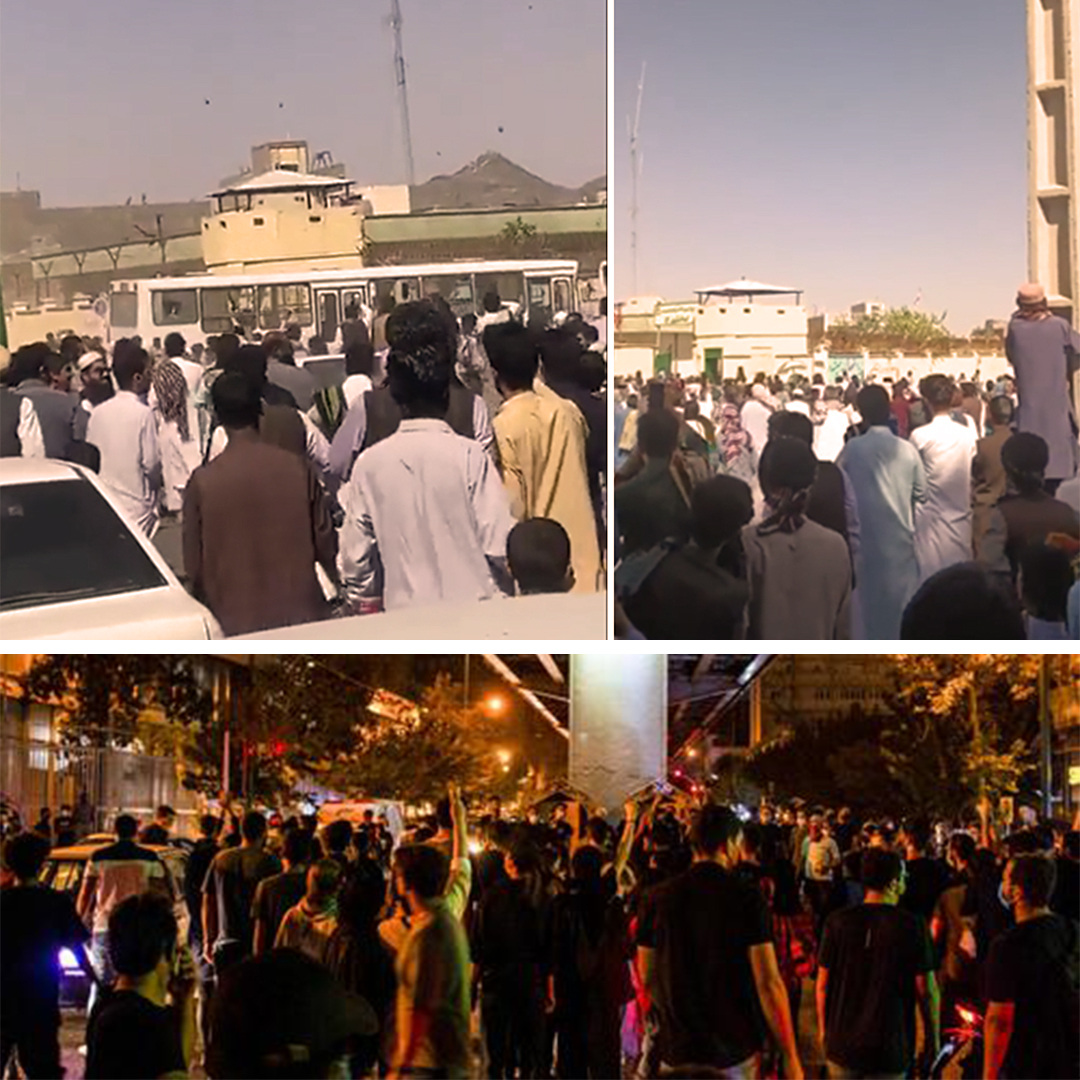 Protests in Iran continued on Friday, September 30, the 14th day of the uprising against the mullahs’ regime. Protests and demonstrations have taken place in over 169 cities across Iran’s 31 provinces to date.

According to sources affiliated with the Iranian opposition People’s Mojahedin of Iran (PMOI/MEK), more than 300 protesters have been killed and at least 15,000 others have been arrested as a result of the regime’s massive crackdown measures and opening fire on demonstrators.

Despite the massive deployment of security forces into the streets, including the Revolutionary Guards (IRGC), the paramilitary Basij, plainclothes agents, and members and units of the Ministry of Intelligence and Security (MOIS), the Iranian people have continued their rallies for days and nights, with many areas reporting intense hit-and-run clashes between protesters and the regime’s security forces. This includes Tehran as well as the cities of Tabriz, Shiraz, Mashhad, Isfahan, Rasht, and Karaj.

While the mullahs’ regime continues to disrupt and cut off internet connections in parallel with their iron fist crackdown, activists and members of the MEK Resistance Units inside Iran have reported ongoing protests in dozens of cities and towns across the country.

Mahsa (Zhina) Amini, a 22-year-old woman from Saqqez in Kurdistan Province, western Iran, was arrested by the regime’s so-called “Guidance Patrol” on Tuesday, September 13, at the entry of the Haqqani Highway and transferred to the “Moral Security” agency.

In Iran the tide is turning, as fear among the protesters is replaced with determination to confront the repressive forces during #IranProtests2022. Courage by those who dare to lead is highly contagious. Watch the impotence of the anti-riot forces. #IranRevolution pic.twitter.com/bRN1dHvPbt

Amini was severely beaten by security forces in a van while protesting her arrest and was taken to the capital’s Kasra Hospital due to the severity of her injuries. Following preliminary examinations, doctors determined that Amini had suffered a stroke while also being brain dead. Amini passed away on Friday, September 16. Protests erupted soon after in several cities, including Tehran and Saqqez. Protests have continued and grown since then.

It should be noted that the regime has been particularly harsh in repressing protests in Kurdish cities. People, however, continue to resist and take to the streets on a daily basis to demand regime change.

Protests raged across the country on Friday. Despite the regime’s internet blackouts, the following areas continue to send footage:

On the 13th day of #IranProtests, women and young people remain furious. Youths in Tehran, Mashhad, Najafabad, and other cities challenge the security forces. Their chants of “death to the dictator” resonate in Tehran, calling to end Khamenei’s rule. #IranRevolution pic.twitter.com/TaLfwz05D0

Maryam Rajavi, President-elect of the Iranian opposition National Council of Resistance of Iran (NCRI), praised the ongoing protests and the leadership role of Iranian women in this uprising. Women, she explained, are a force for change, “pioneering the overthrow of the mullahs’ misogynistic regime… During Iran’s protests, they have come to destroy the clerical regime. They have taken to the streets to demand freedom for all Iranians. They wish to establish freedom and equality in Iran.”

“Teachers and university professors have joined their students, starting strikes in solidarity with Iran’s protests to overthrow the clerical regime. Nationwide strikes by various sectors can and must assist young people in their uprising to achieve freedom,” Mrs. Rajavi emphasized. The NCRI President-elect is calling on the international community to take immediate action to free those detained, citing the regime’s harsh crackdown.

To you, the generation of rebellion, who have come to the streets to wipeout the ruling religious fascism. In your powerful uprising, you have taken an immense stride towards the regime’s final overthrow; the people of Iran are with you in #IranProtests pic.twitter.com/cVHgLV1gIW