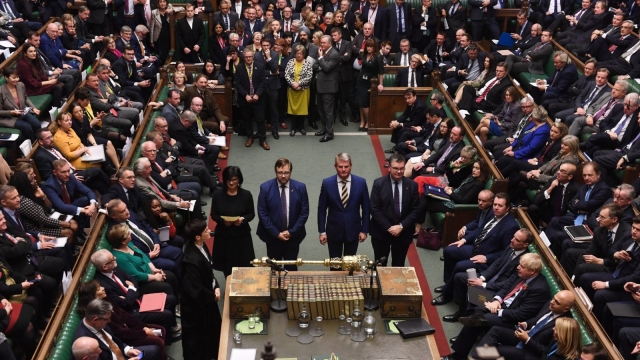 Thirty British MPs and Peers expressed their support for Iran’s nationwide uprising in a statement released by the British Committee for a Free Iran. A new round of protests in Iran was sparked by the death in custody of Mahsa Amini, a 22-year-old Kurdish woman who was arrested in Tehran under the pretext of mal-veiling and died as a result of the brutal police beatings.

According to the Resistance Units and the organized opposition led by the People’s Mojahedin of Iran (PMOI/MEK), who are taking significant risks to play a critical role in organizing and sustaining these protests, the Iranian protests continue and have spread to all 31 provinces of Iran, despite the regime’s and its security forces’ brutal crackdown.

Over 400 people killed and more than 20,000 arrested by the regime's forces. The PMOI/MEK has published the names of 206 killed protesters.#IranRevoIution2022#مهسا_امینی#آزادی_آزادی_آزادی pic.twitter.com/8lIcFb1gUv

“Since mid-September, protests and anti-regime uprisings led by women and youth have spread to all of Iran’s provinces and to more than 164 cities and 16 major universities. The protesters chant slogans targeting the regime’s leaders and the religious dictatorship in its entirety, which demonstrates the Iranian people’s desire for democratic change.”

“The repressive forces fire tear gas and live ammunition at the protesters as the regime shuts down the internet. At least 400 protesters have been killed and another 20,000 have been arrested in the first two weeks of the uprising,” the statement read.

NEW: Iran's security forces have unlawfully killed at least 23 children to crush what many people in Iran consider a popular uprising against the Islamic Republic. The victims, aged between 11 and 17, include 20 boys and 3 girls.#مهسا_امینی #MahsaAmini https://t.co/Bzhxd8Vnmn pic.twitter.com/myokGiEVtR

The signatories joined their British Committee for Iran Freedom colleagues from all political stripes in urging the UK government to vehemently condemn the killing of Iranian protesters and take immediate action to end this repression.

The Conservative MPs called on the UK Government to lead international efforts to end impunity in Iran through the UN, saying that “the dossier of this regime’s crimes must be referred to the United Nations Security Council and those responsible for committing such crimes must be brought to justice, in particular regime’s Supreme Leader Khamenei and current President, Ebrahim Raisi.”

They also call on the UK government to guarantee free Internet access for Iranians and to condition Iran’s continued relationship with the UK on the release of everyone detained during the most recent uprising.

Nadia Arefani,23,(Fardis), severely injured during attacks on protesters in Karaj on 08.10.22 She died due to injuries next day.
Shirin Alizadeh,35,(Isfahan), was shot straight in head during Ramsar protests on 22.09.22. Her family was told to keep silent if they wanted her body. pic.twitter.com/ehSIsQGiKY

The National Council of Resistance of Iran (NCRI) President-elect, Mrs. Maryam Rajavi, articulated a ten-point plan that the Conservative MPs and Peers noted: “the people of Iran have a democratic alternative whose goals are enshrined in the Ten-point Plan.”

British legislators emphasized that “the prospect of change in Iran has never been this accessible” and compelled the UK government to acknowledge the right of the Iranian people to defend themselves with whatever means necessary and to topple this regime.”

In the streets, universities &markets of dozens of cities, Khamenei’s troops face staunch resistance of brave women and youths, esp. in Sanandaj, Saqqez, Kermanshah, Tehran, Isfahan & Mashhad. They must prepare for the outburst of #IranProtests in more cities.#IranRevolution pic.twitter.com/OmVAgw0tsC