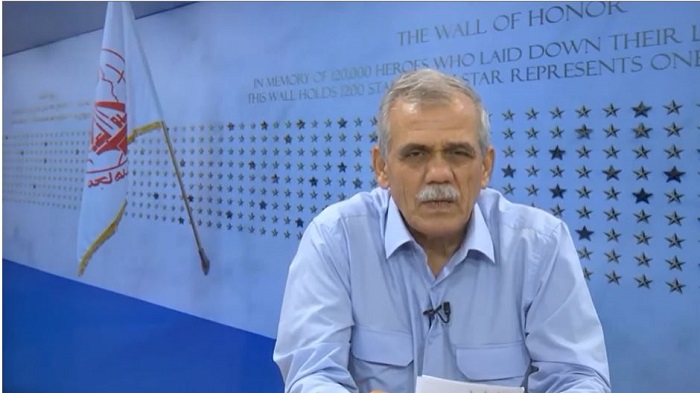 I am Hassan Ashrafian, who became familiar with the MEK after the anti-monarchical revolution in 1978, and I started my activities with the MEK in Abadan in 1979.

In 1981, I went to Tehran and took part in the demonstration of June 20, 1981, where I witnessed how the regime suppressed the peaceful demonstrations of the MEK and the people. After that, we saw that the regime started mass arrests and executions in prisons.

I was arrested in January 1983 in Tehran, and at the same night that I was arrested, they created scenes of mock execution for me.

The next morning, I was transferred to Evin Prison, where I was tortured and severely flogged with an electric cable. This torture lasted for several days and every time for several hours.

During the time I was being interrogated and tortured, I witnessed the torture of my MEK brothers and sisters and other prisoners who were fighting against Khomeini. Seeing and hearing those scenes was so much more painful than the torture I endured.
I was transferred to Gohardasht Prison in 1986.

There were several windows in our ward on which iron shutters were installed. We turned some of the shutters up so we could see a little bit outside.

Pardon committee, which was in fact the death committee

It was First of August that Davood Lashgari, with his side-arm, while he never used to have his gun with him when he came to the ward, suddenly entered the ward with 20 guards, and each guard stood in front of a cell so that no one could go out or have any movement.

About half an hour later, after they left, the guards came and shouted that all prisoners with a sentence of over 10 years to be blindfolded and leave the ward.

From the next day, through contacts with each other, via morse coding and other signals, we realized that the regime had formed a committee which they called ‘pardon committee, which was in fact the death committee.

The first group to be executed on July 30

The first group to be executed on July 30 were prisoners exiled from Mashhad to Tehran and Gohardasht Prison. They executed the first group there on that day. Prisoners in another ward witnessed their bodies being carried.

A few days later, we learned that several members of our ward that had been taken to solitary confinement or side-ward were executed.

Prisoners were taken to a room before being executed and given a few minutes to write their wills. And they wrote their names on their feet or parts of their bodies so they could be identified after their martyrdom.

Some of them wrote their wills and some of them did not write anything because they did not trust them, but as far as we know, their words in their wills were to send their greetings to Massoud (Rajavi) and say that we stood to the end.

On the night of the third of August, we were walking in the corridor of the ward when we heard the sound of a vehicle outside the ward. We went to the same window that I said before and looked outside. The scene we saw was very horrible to us. We saw two Benz trucks.

I saw transparent plastic bags in which there were corpses. I saw that scene but I did not want to talk about it. I told Abolhassan, look and see what these plastics are. He said they are the corpses of the prisoners. Hearing that, I had a very severe headache and sat down on the floor. I knew what it was, but I did not dare to say it.

These scenes continued from July 30 to August 16 in Gohardasht prison, and we heard the news of the martyrdom of a number of our friends every day and did not know what to do.