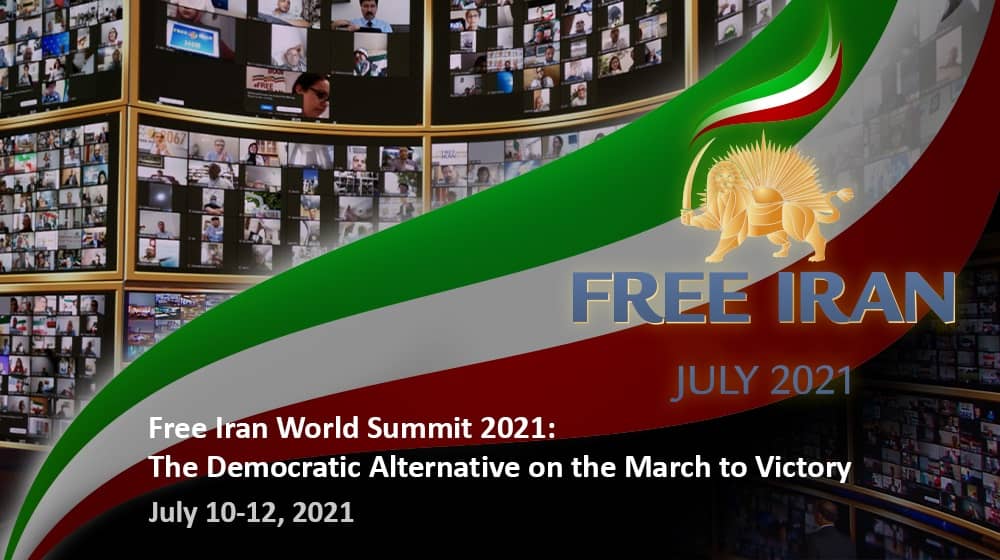 Supporters of Iranian resistance worldwide prepare for “The Free Iran Global Summit,” and people across Iran show their support for this annual gathering.

MEK supporters in various cities across Iran, and activists sent video messages in support of the large gathering “The Free Iran Global Summit” that will be held from 10 to 12 July.

This year’s event will connect thousand of places worldwide to the headquarters of the Iranian opposition group the People’s Mujahedin of Iran (PMOI / MEK Iran), in Ashraf 3 in Albania.

Thousands of Iranians around the world

Thousands of Iranians around the world will gather during the event to hold the regime’s new president Ebrahim Raisi accountable for crimes against humanity in 1988 and end mullahs regimes official’s impunity.

This year’s event will be attended by hundreds of lawmakers, distinguished personalities and ex-officials, prominent lawyers, and pro-democracy activists from across the globe.

At the same time with worldwide activities of the supporters of the Iranian opposition the MEK’s network inside Iran, known as the Resistance Units, organized a vast campaign calling for regime change.

Ebrahim Raisi is known as the “butcher”

All these activities are carried out while the new President Ebrahim Raisi is known as the “butcher” of the MEK and has played an important role in the executions of 30,000 MEK members and supporters in 1988.

MEK activists in major cities such as Tehran, Shiraz, Isfahan, Mashhad, Karaj, Nishabur, Qazvin, Andimeshk, Ahvaz, and Kerman, the Resistance Units spread and installed images and posters of Maryam Rajavi, the President-elect of the National Council of Resistance of Iran (NCRI), and the Iranian Resistance leader Massoud Rajavi.

The Resistance Units spread slogans such as “Democracy and freedom with, ” “A free Iran with Maryam Rajavi,” and “Maryam Rajavi is the voice of freedom and justice in Iran.”

The graffiti in various places

The Resistance Units also took to graffiti in various places in major cities echoing slogans “Down with Khamenei, hail to Rajavi” and “Maryam Rajavi is the voice of freedom and justice in Iran.”

The MEK network inside the country expanded

The MEK has expanded its network inside the country during the last three years. The Resistance Units at great risk carried out a two-month-long campaign promoting a boycott of the sham election which led to the historically lowest election turnout in the regime’s history in the last 42 years.

In recent months and weeks, the regime arrested many families and supporters of the MEK and sentenced them to heavy prison punishments.