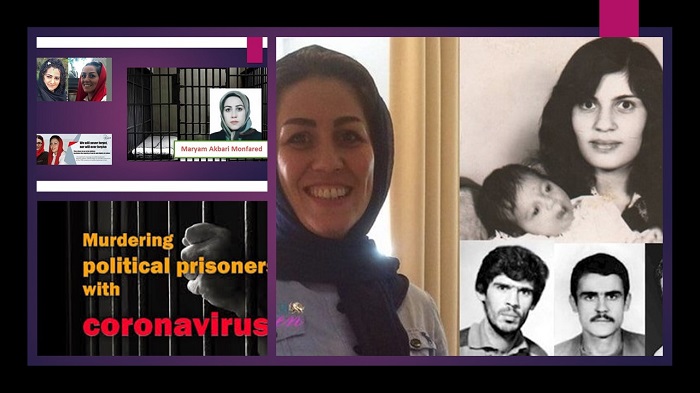 Political prisoners in Iran have been mistreated horrifically under the rule of the mullahs. It is not a new trend either – it is something that has been happening since the regime took power.

There are some alarming examples of the regime’s brutality over the past few decades, such as the 1988 Massacre in which the authorities brutally executed 30,000 political prisoners in the space of just a few months, most of whom were members or supporters of the People’s Mujahedin of Iran (PMOI / MEK Iran).

There have also been a huge number of horrific individual cases in which political prisoners have been mistreated beyond belief. The recent case of Maryam Akbari Monfared is a recent example. The political activist was recently forcibly transferred from Evin Prison to Semnan Prison.

She has already served 12 years of her 15-year sentence and the transfer is just the regime’s way of putting pressure on her. Maryam is the first political prisoner to have lodged a formal complaint against the regime.

After filing her complaint, Monfared wrote an open letter to inform the international community about the human rights violations committed by the regime. As a punishment for this, the regime put her under additional pressure, including the denial of medical treatment and the cancellation of visits.

Despite Amnesty International making her the subject of an Urgent Action campaign, the European Union and the United Nations failed to take any action.

Monfared and two of her fellow inmates staged a protest when it became clear the regime was trying to pressure them into providing false confessions or providing falsehoods about other inmates as a way to justify tougher sentences.

This story and countless others highlight the bravery of the people of Iran and the courage they are showing in their efforts to make it clear to the regime that they will not be silenced. However, the international community must pay attention to what is happening and hold the regime accountable for its crimes.

The Magnitsky Act allows the European Union to “freeze the assets of, ban entry to, and prohibit dealings with human rights abuses wherever they may be located”, so it’s turning a blind eye to the regime’s violations is disturbing and puzzling, as is its willingness to continue trading with Iran. Many have called on European leaders to condition their relations with Iran on an improvement in human rights.

The Iranian regime has shown that it is committed to its policy of suppressing the rights of the people for its own political gain. The people will not be silenced but it has not stopped the regime from trying. International intervention is urgently required to protect all political prisoners in Iran.