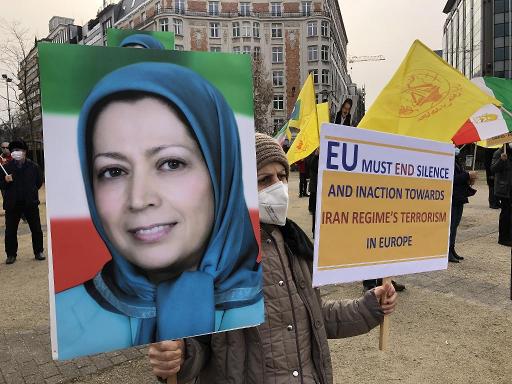 Iranian associations around the world have combined to write a letter to Charles Michel, the European Commission President, and its foreign policy chief, Josep Borrel, urging them to take a much firmer line on the Iranian regime.

“Any policy or approach towards the medieval regime ruling our nation must take into account on, the one hand, the mullahs’ complete disregard for the fundamental rights and freedoms of the Iranian people, its terrorism directed against dissidents on European soil, and its destabilizing activities in the Middle East,” stated Dr. Sina Dashti, President of the Alliance for Public Awareness Iranian Community in Europe.

One of the more concerning issues is that E.U. leaders do not seem to be taking sufficient notice of terrorist actions happening in front of their very noses. The most obvious recent case that ought to be extremely worrying to security officials and policy experts is the final sentencing of Assadollah Assadi, a former diplomat assigned to the Iranian Embassy in Vienna. On February 4th, he was sentenced to 20 years in prison for facilitating a bomb attack on a rally near Paris in June 2018. His associates were also sentenced to prison sentences between 16 and 18 years each.

What E.U. leaders should have taken notice of was the fact that the four criminals were only playing a part in the terror plot. The plot had been hatched by the regime in Tehran. Explosive material was transported to Vienna by Assadi from Tehran. The main target of the planned bomb attack was Mrs. Maryam Rajavi, the leader of the National Council of Resistance of Iran (NCRI), and the People’s Mujahedin of Iran (PMOI / MEK Iran), an umbrella opposition group that cannot act freely in Iran because it is banned by the regime for speaking the truth. It is fortunate for Europe that the bomb plot was thwarted by security forces; otherwise, there could have been a massive loss of life.

The statement by the Iranian community mentions that “such bold acts of terrorism on European soil are the flip side of gross and systematic human rights violations inside Iran.”

The list of human rights abuses in Iran is a long one. The U.N. has condemned these for a record 67 times, with the latest condemnation in December last year.

The statement emphasizes that the lack of action by Western nations has emboldened the regime in Iran. Repression against protesters, arrests, and execution of political prisoners continues unabated in Iran. The regime also continues in its strategy of meddling in affairs outside its borders, spending billions on propping up proxy terrorist groups.

The statement urges E.U. leaders to close down Iran’s diplomatic posts, expel its diplomats and make it a condition of improved relationships that Iran ceases its human rights abuses including executions.

The parliamentary British Committee for Iran Freedom also issued an additional request for the E.U. to speak up about the Iranian regime’s use of terrorism. An excerpt from the statement is printed here: “We call on you and the Foreign, Commonwealth, and Development Office (FCDO) to downgrade diplomatic relations with Iran until such time that Tehran provides verifiable proof that it has stopped its state terrorism and terrorist activities. If Tehran refuses to end its unacceptable behavior then a firmer response such as expelling Iranian diplomats and closing the Iranian Embassy must be considered and implemented,” the British MPs underscored.