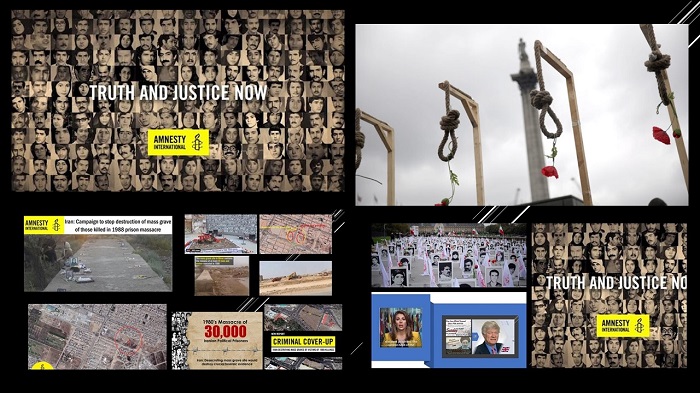 The situation for political prisoners in Iran is growing increasingly worrying. The main opposition to the Iranian regime – the National Council of Resistance of Iran (NCRI) – has been reporting on the worsening of the situation for quite some time. The NCRI is now calling for the international community to take urgent action to protect the political prisoners currently being held in Evin Prison in the country’s capital and other prisons across the country.

The international community’s silence and inaction are tantamount to a green light to the regime in #Iran to continues its atrocities. #NoImpunity4Mullahs

Many political prisoners across the country have also had their death sentences upheld by the Supreme Court and the regime is cracking down hard on dissent. The regime knows that society is simmering with discontent and it is trying to stop it spilling over into another major uprising.

This atmosphere of fear that the regime is trying to instill in the people however is making the people more determined to speak out. The people want regime change and they are going to continue fighting until the day the mullahs collapse.

It is hugely important that the international community supports the Iranian resistance and the people of Iran in the struggle to hold the #Iranian regime accountable and prevent future crimes against humanity.#MEK #Iran https://t.co/UuUxgb9o3k pic.twitter.com/Qbc0T2nop7

Very recently, the Iranian regime went ahead with the execution of political prisoner Navid Afkari, a wrestling champion who participated in protests. When news broke that he was possibly going to be imminently executed, calls from around the world were published on social media. This international campaign, however, was fruitless and resulted in massive condemnations of the Iranian regime.

The chief of the country’s judiciary, Ebrahim Raisi, told judges to ignore the world’s “commotion”. The Judiciary’s International Affairs Deputy Ali Bagheri said that the countries in Europe allowing the protests to take place “support murder under the guise of human rights”.

Ali Bagheri, judiciary deputy in international affairs, also expressed concerns regarding the large number of demonstrations and rallies held by supporters of the #MEK in numerous countries protesting the horrific execution of Navid Afkari. “ pic.twitter.com/yxOh0mTV0m

In its calls for urgent action by the international community, the NCRI emphasizes that the regime is resorting to the execution of protesters because it is fearful about an overthrow. The NCRI calls on the United Nations Security Council, the Secretary-General, the Human Rights Council, the High Commissioner for Human Rights, and all relevant bodies and human rights organizations to take action to save the lives of the prisoners that are currently on death row in Evin Prison and other prisons the whole way across Iran. The NCRI also includes the European Union in this call.

The Iranian regime has four decades of history in abuses of human rights and it is time for this to change. The situation of political prisoners is urgent, and it is important that an independent and international delegation is sent on a fact-finding mission to establish what is really going on.

The execution of #NavidAfkari will only fuel the flames of the Iranian people’s fury and will send the mullahs’ rule to the dustbin of history.

The clerical regime’s crimes climaxed during the mass executions in 1981 and the massacre in 1988. Today, these crimes continue to be perpetrated by the executions of protesters such as Mostafa Salehi and Navid Afkari.

The international community’s silence and inaction are tantamount to a green light to the regime in Iran to continue its atrocities.