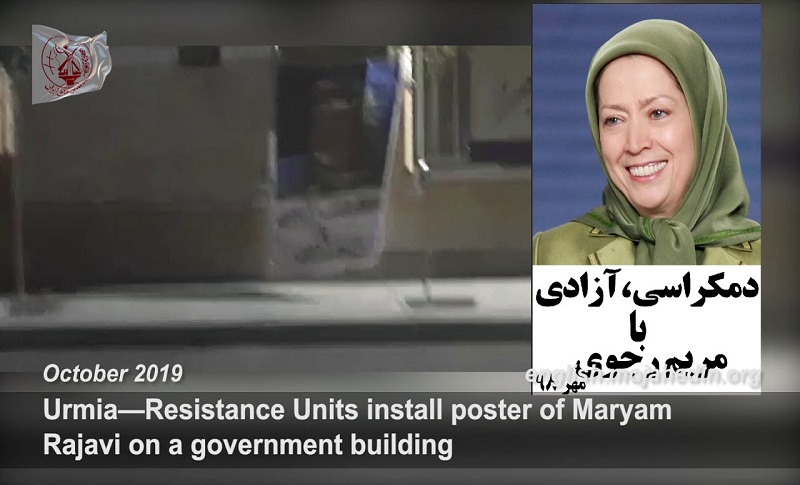 Dissent in Iran is continuing and the people are making it very clear that they wholly disapprove of the mullahs ruling the country. At one time, it would have been almost unheard of for people in Iran to openly criticise the regime and the country’s Supreme Leader, but times have evolved and people are holding anti-government demonstrations with great frequency. During the popular protests, the people shout “death to the dictator” and “down with the regime”.

Public support for the main opposition to the Iranian regime – the People’s Mojahedin Organization of Iran (PMOI / MEK) – was also once kept largely under wraps. But now the people are making sure their support of the opposition is heard.

Back in 1993, leader of the Resistance Massoud Rajavi presided over a session of the National Council of Resistance of Iran (NCRI) in which Maryam Rajavi was elected. She has been the President-elect since then and was chose to preside over the transition period once the regime has been overthrown in which power will be transferred to the people of Iran so they can hold new elections and establish a new Parliament and elect a president of their choosing.

Supporters of the Iranian Resistance in Iran have been celebrating the anniversary of this election. Posters with the image of Mrs Rajavi have been put up in cities the whole way across the country.

MEK’s Resistance Units inside Iran have played a big role in this.

Supporters of the Iranian opposition #PMOI/#MEK across Iran are celebrating the anniversary of @Maryam_Rajavi’s election as President of the National Council of Resistance of Iran (#NCRI).
#IStandWithMaryamRajavi #FreeIran #MaryamRajavi pic.twitter.com/jMkToR0z38

In the city of Isfahan in the central part of the country, huge posters with a picture of Mrs Rajavi have been put up.

Under the image are the words: “The lesson of freedom is the most important lesson for Iran’s youth.”

The young people of Iran have been instrumental in the protests and anti-government demonstrations and they have been encouraged and praised by the opposition movement for their bravery and determination to ensure that the future of Iran is prosperous for all.

In Tehran, MEK resistance units’ posters included the messages: “Iran – Maryam – Freedom”, “Our choice is Maryam Rajavi”, and “We can, and we must launch a thousand ‘Ashrafs’ and a thousand resistance units!” Other posters in the country’s capital called on more young people to join Resistance Units.

The Iranian regime sees support of the Resistance as a crime that is punishable by death, so the people really are risking it all. This shows just how serious the Resistance movement is.

Support from the international community has been scarce and human rights organisations are extremely concerned about how the human rights situation is deteriorating. There have been calls for the immediate release of political prisoners and a complete halt to the death penalty; but nothing has changed.