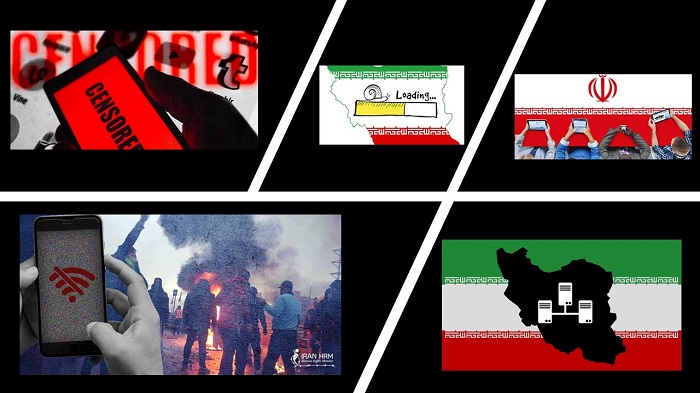 As Iran’s continuing protests entered their third week, the regime’s parliament covertly introduced legislation to expand domestic internet filtering measures. If approved, the new law will either ban foreign websites and social media networks that do not comply with the regime’s rules or appoint an Iranian official to verify compliance.

The law also mandates that these websites register Iranian users and disclose data to regime authorities upon request.

According to a number of cyberspace analysts, Tehran’s plan might prevent the country’s civilian population from accessing all major international sources of information, including the Google search engine. However, regime officials and other well-connected individuals would be exempt from the same restrictions.

Despite the fact that Twitter has been technically banned since the 2009 uprisings, many of them, including the regime’s Supreme Leader Ali Khamenei, remain active on the platform.

Some regime officials and state media outlets have criticized the internet filtering bill’s approval on July 28 on the grounds that it could spark a new wave of public protest at a, particularly delicate time.

Water shortages in the province of Khuzestan sparked protests two weeks before the parliamentary vote, but within days, they had prompted sentiments of solidarity in other regions, as well as renewed calls for fundamental socioeconomic change and the overthrow of the country’s ruling theocracy.

Those protests highlighted the role that the regime’s unregulated damming projects and absolute terrible resource management had played in the water shortages.

The adoption of straightforward chants such as “we do not want the Islamic Republic” seems to be natural in the face of these crises.

These are eerily similar to the marching slogans of two recent major uprisings, one in January 2018 and the other in November 2019, both of which posed the largest challenge to the ruling system to that point.

MEK posing a real threat to the regime

The regime has long claimed that The People’s Mujahedin of Iran (PMOI / MEK Iran), is little more than a “grouplet” incapable of posing a real threat to the regime.

However, since the first revolt, government officials have been warning about the possibility of MEK-led unrest resurfacing, and the MEK itself has been trying to achieve it.

It has, of course, using the internet and social media in the organization of events to that aim. However, the MEK‘s “Resistance Units” have held their own public demonstrations and posted photographs in public places to promote more broad engagement.

These tactics were crucial in promoting a widespread boycott of the regime’s sham presidential “election” on June 18, which established Ebrahim Raisi, a well-known human rights abuser, as the regime’s next president.

The dictatorship undoubtedly hopes that the new internet restrictions would halt the spread of unrest, but given that protests have continued even after officials cut off internet access in some areas, it appears unlikely that the strategy will be successful.

In fact, the regime’s desperate efforts to restrict online organizing indicate a deadlock situation in which protests will continue to expand and deepen regardless of what measures it takes.