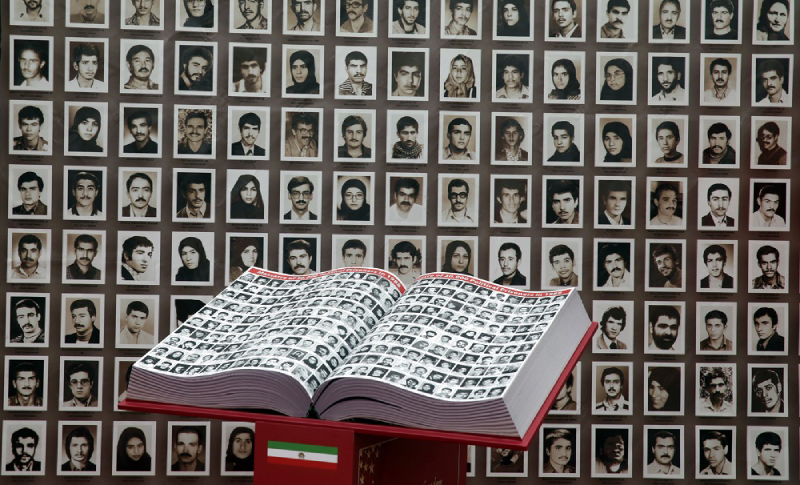 WASHINGTON – The U.S. Department of the Treasury’s Office of Foreign Assets Control (OFAC) sanctioned Iran’s Armed Forces General Staff and nine individuals “who are appointees of or have acted for or on behalf of” Iranian regime Supreme Leader Ali Khamenei.

The sanctions seek to block funds from flowing to a shadow network of Ali Khamenei’s military and foreign affairs advisors who have for decades “oppressed the Iranian people, exported terrorism, and advanced destabilizing policies around the world.”

“These individuals are linked to a wide range of malign behaviors by the regime, including bombings of the U.S.
Marine Barracks in Beirut in 1983 and the Argentine Israelite Mutual Association in 1994, as well as torture, extrajudicial killings, and repression of civilians. This action further constricts the Supreme Leader’s ability to execute his agenda of terror and oppression,” said U.S. Treasury Secretary Steven T. Mnuchin.

One of the individuals sanctioned by OFAC is Ebrahim Raisi, who was appointed by Khamenei as head of Iran’s Judiciary in March 2019. Ebrahim Raisi was involved in brutal crackdowns on 2009 post-election protests. Also, as deputy prosecutor general of Tehran, Raisi was a member of the so-called “death commission” that ordered the extrajudicial executions of thousands of political prisoners in the summer of 1988. Most of the victims were members and supporters of the opposition movement People’s Mojahedin Organization of Iran (PMOI/MEK-Iran).

The 1988 massacre of MEK members is the largest massacre and genocide after World War II.

Iran’s 1988 massacre of 30,000 political prisoners is an “ongoing crime against humanity”. 31 years on, the perpetrators are in government & families of victims continue to be tormented.

It’s high time for @UNHumanRights to investigate the #1988Massacre.https://t.co/kewzyevVYM pic.twitter.com/wrlDs8gOZM

The prisoners were asked questions about their political or religious beliefs, and based on their answers, the Death Committee decided whether they would live or die.

In an audio tape recorded in 1988, Ayatollah Hossein Ali Montazeri, Khomeini’s heir apparent at that time, is heard telling Tehran’s Death Commission: “The greatest atrocity in the Islamic Republic, for which history will condemn us, has been committed at your hands, and in future, your names will go down in history as criminals.” Montazeri was addressing Raisi and three other members of Tehran’s Death Commission.

During the 2009 post-election protests Raisi threatened all anti-regime protesters affiliated to the MEK with the execution on the charge of Moharebeh (waging war on God). “With regards to the MEK, any individual who assists it in any manner or under any circumstances is considered Mohareb (at war with God) since this is an organized movement,” said Raisi as the first Vice Chief Justice of Iran to State television, on December 30, 2009.

During his May 2017 presidential election campaign Raisi continuously sent out messages via the social network Telegram defending the 1988 massacre.

On a campaign rally on May 12, 2017, with Varamin’s Friday Prayers Leader Yasser Mousavi by his side, Raisi said:

“This grand figure standing next to me is proud to have executed the members of the PMOI.”

In the same year, Iranian regime president Hassan Rouhani admitted that Raisi’s record includes “nothing but executions and imprisonments in the past 38 years.”

Currently, Raisi also heads the Qods Razavi Endowment Foundation. It is one of the regime’s wealthiest conglomerates. Raisi is also President of the Governing Board of the Fifth Assembly of Experts and a member of the State Expediency Discernment Council.

Raisi and other perpetrators of the 1988 massacre have never been brought to justice.

The time has come for the international community to end three decades of impunity for the clerical regime leaders in #Iran and to hold them accountable for their crimes. #1988Massacre https://t.co/QgnvFDu12F pic.twitter.com/n4L9WFqWlF

“All property and interests in property of these persons that are in the United States or in the possession or control of U.S. persons must be blocked and reported to OFAC. OFAC’s regulations generally prohibit all dealings by U.S. persons or within (or transiting) the United States that involve any property or interests in property of blocked or designated persons,” said the U.S. Treasury statement.

The statement adds: “In addition, persons that engage in certain transactions with the persons designated today may themselves be exposed to designation. Furthermore, any foreign financial institution that knowingly conducts or facilitates a significant transaction for or on behalf of the persons designated today could be subject to the U.S.
correspondent account or payable-through sanctions.”