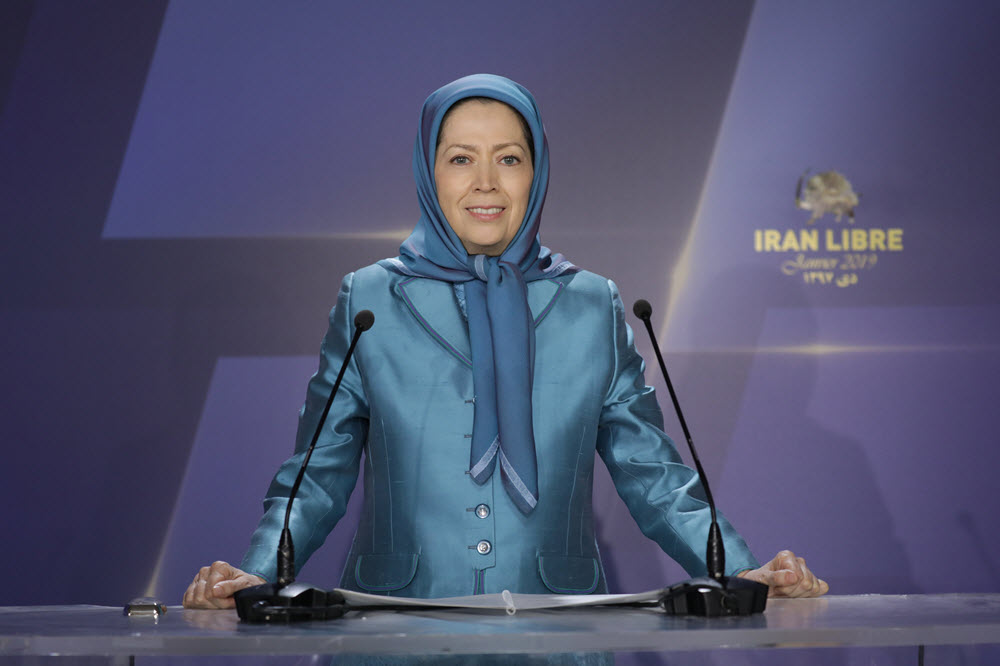 Maryam Rajavi, the president-elect of the Iranian Resistance, has welcomed comments made by the United States Secretary of State Michael Pompeo in Cario last month, where he declared that the US would no longer protect Iran’s ruling mullahs and instead would support the Iranian people.

Pompeo said: “We joined the Iranian people in calling for freedom and accountability… The age of self-inflicted American shame is over, and so are the policies that produced so much needless suffering.”

He advised that when the US collaborated with its enemies, i.e. Iran, it was the enemies who advanced, rather than the US.

Maryam Rajavi welcomed this departure from the appeasement policy that the West has been following since 1979, noting that the first victims of the Iranian Regime have been and continue to be the Iranian people and their organised, democratic Resistance.

Maryam Rajavi then explained that the four pillars holding up the theocratic Iranian Regime are:

All of these are dangerous for the Middle East, the US, and the world at large, so Maryam Rajavi noted that the international community must do all they can to discard the mullahs’ religious fascism and allow the Iranian people and Resistance to change this “illegitimate” regime.

But how can the international community do this? Well, increased sanctions and isolation are a good start – indeed, the Iranian Resistance has been calling for oil and arms embargos since 1981 – but Maryam Rajavi advises that the international community must recognise the National Council of Resistance of Iran (NCRI), the coalition of democratic resistance forces, as the sole democratic alternative to the Regime. Especially given the fact that the mullahs themselves recognise that.

Maryam Rajavi says this is imperative to set right the disastrous policy of appeasement that has been the case for 40 years and that the Regime will only respond to a decisive and firm response.

Of course, recognising the Iranian people’s right to resistance and the right to overthrow the Regime in order to bring freedom and democracy to Iran is only the beginning.

Maryam Rajavi offers up these following steps for the international community to take to ensure that they are no longer supporting the terrorist dictatorship in Iran.

1. The US State Department, the European Union, and all other countries must add the Islamic Revolutionary Guard Corps (IRGC) and the Ministry of Intelligence and Security (MOIS) to their list of terrorist entities.

2. The US, EU, and all other countries must expel the mullahs’ intelligence agents and Qods Force mercenaries, often disguised as diplomats.

4. The world should refer the dossier of the 1988 massacre of 30,000 political prisoners in Iran to international tribunals.

5. The UN should expel the Iranian Regime from its membership and replace them with the NCRI.

6. Iran and its affiliated forces should be expelled from Syria, Iraq, Yemen, Lebanon and Afghanistan.

7. The world should compel the Iraqi government to pay compensation to the Iranian Resistance for their properties, equipment, arms and camps which were left behind after they had to flee Regime attacks.