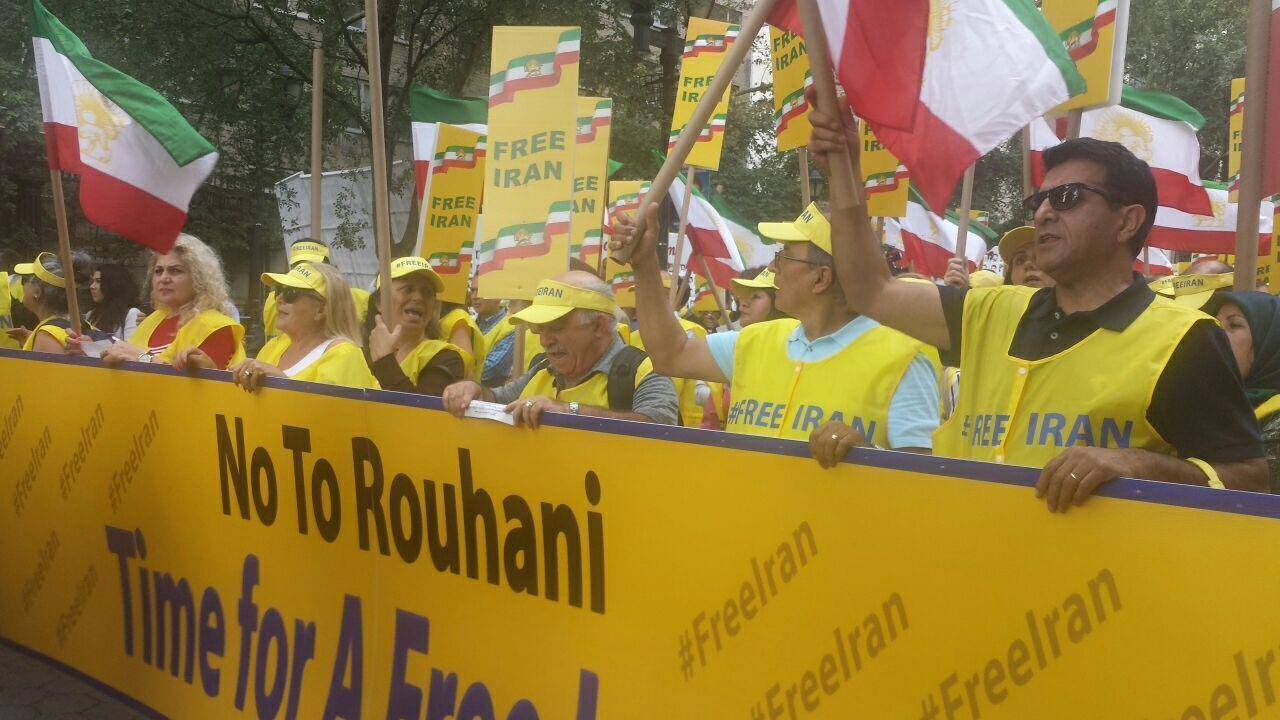 Outside the United Nations on Wednesday, thousands of Iranian expats, human rights activists, politicians, and people from the Iranian diaspora rallied to protest against the Islamic Republic’s regime.

While Iranian President Hassan Rouhani addressed the United Nations General Assembly, Sonia Samsami, the U.S. Representative of the National Council of Resistance of Iran told Fox News, “We want the American people to know that the Iranian people do not want a clerical regime,” She added, “Regime change at the hands of the people is the only solution to the Iran crisis.”

Samsami’s group, the National Council of Resistance of Iran (NCRI), is a coalition of more than 500 Iranian opposition groups and individuals, who seek a “democratic, secular and non-nuclear republic of Iran,” she continued.

The spokesman for the Organization of Iranian American Communities (OIAC), Amir Emadi, said that Rouhani should not be accepted in New York, a city so dedicated to human rights, and certainly not at the United Nations. 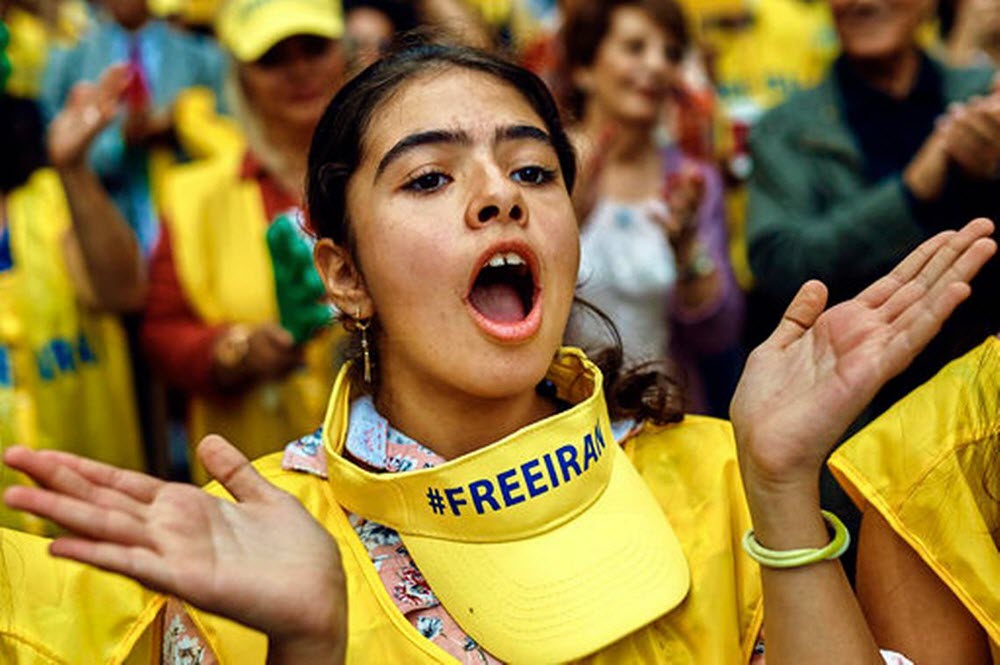 The rally came during Rouhani’s speech, where he vowed Iran would react “decisively and resolutely” if the U.S. rescinds the controversial nuclear deal, and a day after President Trump signaled that he might just do that.

“The Iranian government masks a corrupt dictatorship behind the false guise of a democracy,” Trump stated on Tuesday. “It has turned a wealthy country with a rich history and culture into an economically depleted rogue state whose chief exports are violence, bloodshed and chaos.”

The Paris-based NCRI wants the U.S. to support opposition to the the regime that rules Iran.The theme of the rally was the call for regime change in Iran. Shouts of “Rouhani. No, no, no” and “Free, Free Iran” erupted from the crowd.

According to Emadi, the people of Iran are ready for change, as demonstrated by the 11,000 protests that have been staged in Iran over the past year.

In front of the UN, some protesters dressed in caricature-like costumes of Rouhani and Iran’s Supreme Leader Ali Khamenei. Others handed out literature documenting the Regime’s crimes, while many chanted, played music, and talked about the human rights situation in Iran.

The participants in the rally have also called on the UN to investigate the massacre that occurred during the summer 1988, in which some 30,000 political prisoners and dissidents, mostly members of the People’s Mojahedin Organization of Iran (PMOI/MEK), were systematically executed. Efforts by international human rights bodies to investigate were routinely blocked.

Then, last year, a recording emerged on which the high-ranking Ayatollah Hossein Ali Montazeri can be heard condemning four officials involved in the killings, which he branded the “greatest crime committed during the Islamic Republic” for which “history will condemn” them and the regime at-large.

“For decades, the clerical regime deliberately pursued a policy of silence and it was a red line to talk about the massacre,” Samsami said. “The regime’s officials perpetrators of the 1988 massacre must be held to account and tried under international law.”

The former Italian Foreign Minister, Giulio Terzi, said that the UN had a responsibility to seek out justice for the victims of the massacre and launch a full investigation into the events of 1988, not to host one of the key perpetrators as an honored guest.

In western diplomatic and mainstream media circles, Rouhani, who was recently re-elected to a second term, is considered to be something of a “moderate”. Opposition activists contend otherwise. In fact, NCRI members point out that Rouhani has increased its export of terrorists via Shiite militias in Iraq and Syria, while backing Syria’s President Bashar Assad in war crimes amid the long running Syrian Civil War.

Congressman Eliot Engel (D-NY) said that the Iranian people are being effectively strangled by a Regime that does not represent them in any way and promised to fight until Iran was free, while Ambassador John Bolton stressed that the Iranian Regime must not be given legitimacy.

President-elect of the NCRI, Maryam Rajavi, has laid out a plan of governance for a future democratic Iran. “In the Iran of tomorrow, we will respect all individual freedoms. We underscore complete freedom of expression and the media and unconditional access by all to the Internet,” Rajavi said.

Many religious leaders also spoke at the protest to call for a free Iran and respect for freedom of religion as advocated by Rajavi and the Iranian Resistance.

Meanwhile, inside the UN, Rouhani told his fellow world leaders, that Iran is not only a nation devoted to “moderation” but the “bastion of tolerance for various religions and ethnicities.”