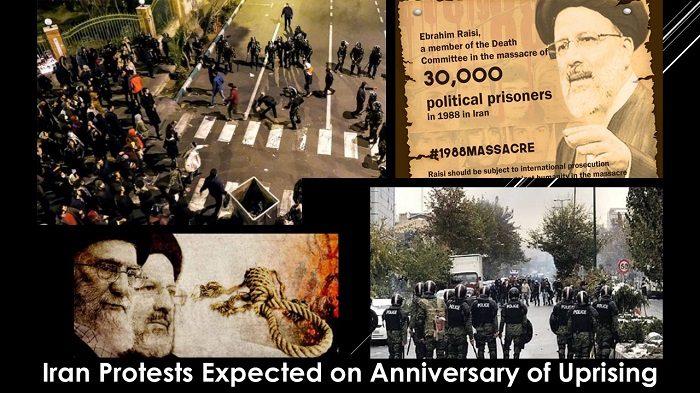 In recent weeks, The National Council of Resistance of Iran (NCRI), and the People’s Mujahedin of Iran (PMOI / MEK Iran), have made a determined effort to draw awareness to the record of human rights atrocities committed or aided by the leading candidate, Ebrahim Raisi, for the regime’s upcoming sham presidential election.

The annual gathering of Iranian expatriates and political supporters this year will take place from July 10 to July 12. If Raisi is finally elected as Iran’s next president, this gathering will serve to discuss the implications and consequences of such an event.

In previous years, such gatherings drew masses of over 100,000 people, and in 2018, it drew the attention of a group of Iranian terrorists who attempted to bomb the event and kill NCRI President-elect Maryam Rajavi.

Following a trial that revealed that the Iranian diplomat, Assadollah Assadi who was sentenced to 20 years in jail in February, and his three co-conspirators were working on commands from top officials within the Iranian regime.

Such commands were apparently largely driven by Tehran’s concern over the NCRI‘s activism, particularly that of its primary member organization,  the People’s Mujahedin of Iran (PMOI / MEK Iran).

Activists inspired by MEK resistance units conducted another nationwide uprising in November 2019, reaching approximately 200 regions in a matter of days.

Approximately 1,500 unarmed demonstrators were murdered in mass shootings carried out primarily by the Islamic Revolutionary Guard Corps over the same time period. Reuters confirmed in a special report on December 23, 2019, about the deadly crackdown on November nationwide protests in Iran the death toll of 1500 that was announced by the People’s Mojahedin Organization of Iran (PMOI) on December 15, 2019.

Amnesty International released a report a few months later outlining that the systematic torture of people captured during the uprising was still going on.

The role of the Iranian judiciary under the direction of Ebrahim Raisi, who was appointed to the office in March 2019, was distinguished by this campaign of torture.

As the sham elections approach, the Supreme Leader, Ali Khamenei, had made it clear that Raisi’s is his favorite.  The Guardian Council dismissed everyone but Raisi and six others who had registered as prospective candidates in May, claiming that none of them presented a genuine threat to his campaign.

Even high-profile hardliners like former Parliament Speaker Ali Larijani were vetted by the Guardian Council despite demonstrating consistent loyalty to Khamenei and his rule, which would have guaranteed their candidacy in any other year.

Raisi’s tenure as head of the judiciary was a major requirement of his commitment, but Khamenei’s trust in him extends back at least 33 years.

Ebrahim Raisi began his career as a deputy public prosecutor in Tehran in July 1988, and he went on to become one of five key figures in the Tehran death commission, tasked with interrogating political prisoners.

Those who rejected or failed to demonstrate devotion to the dictatorship were executed without trial and buried in secret mass graves.

As a result, he is considered to be responsible for the massacre of 30,000 people over several months in 1988.

The NCRI is seeking to bring to address Raisi’s record to a wider international audience in the final days leading up to his endorsement as second-highest official.  Raisi will, however, be forced to proclaim victory only when the Iranian people have massively rejected his candidacy and the underlying system through a boycott of the polls.