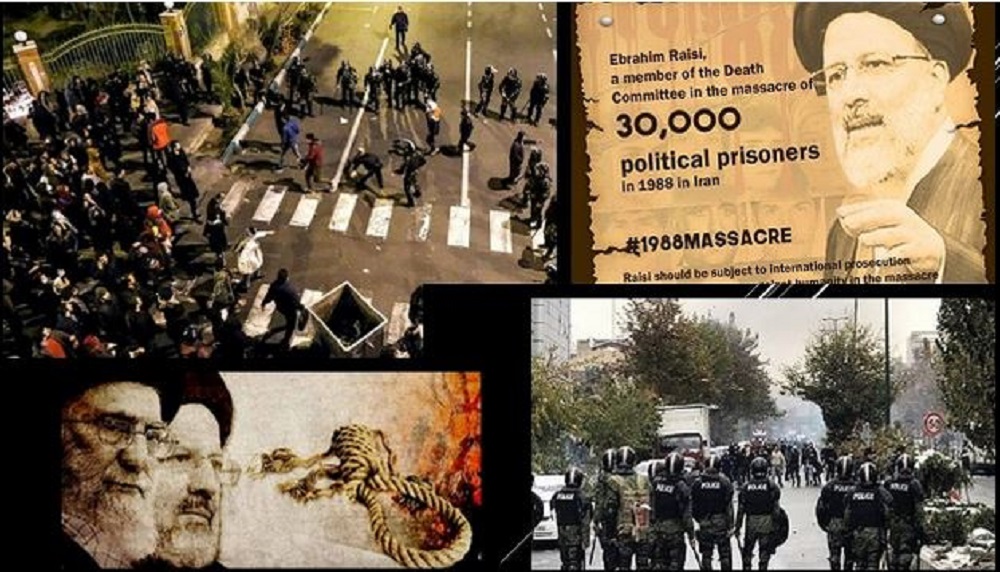 The regime is now facing Iran’s restive society, which is committed to overthrowing the dictatorship by any means, after the Iranian regime’s supreme leader, Ali Khamenei, chose Ebrahim Raisi as the president-elect.

In previous events, the Iranian people have shown their desire for a regime change. Khamenei ordered the Revolutionary Guards (IRGC) to slaughter protestors during the most recent rebellion in November 2019.  the People’s Mujahedin of Iran (PMOI / MEK Iran), announced in mid-December that the IRGC killed approximately 1,500 protestors.

Mrs. Maryam Rajavi, President-elect of Iran’s National Council of Resistance (NCRI), declared in December 2019 that “the number of martyrs definitely exceeds 1,500.” The true figure is, of course, substantially greater.

This means that the authorities have killed at least 60 times as many people as the uprising of December 2017-January 2018. Knives, axes, and pellet guns, among other weapons, were used to injure many more people.”

Ebrahim Raisi was one of the major perpetrators of the slaughter of 30,000 political prisoners, largely members, and supporters of the (PMOI / MEK Iran), in the summer of 1988.

“Raisi’s appointment …. is an open and more forceful declaration of war against the people of Iran by the great thief of their sovereignty,” Maryam Rajavi said this in a speech commemorating the 40th anniversary of Iranian regime resistance on June 20.

After the mullahs assumed power in Iran in 1979, Ebrahim Raisi rose through the ranks of the government. He became a judge when he was 19 and played a crucial role in the assassination and oppression of the (PMOI / MEK Iran) and other resistance organizations.

Ms. Agnes Callamard, the Secretary-General of Amnesty International, said that instead of becoming president, Ebrahim Raisi ought to be investigated for crimes against humanity including murder, enforced disappearance, and torture.

“Iran’s election is a sham. The winner is a puppet of the ayatollahs — and a killer and oppressor,” Nikki Haley, the former US Ambassador to the United Nations, took to Twitter to express her displeasure.

In 2019, Raisi expressed his support for terrorism by visiting the family of terrorist Imad Mughniyeh. In the same year, he paid a visit to Iraq’s Hezbollah leader, reiterating his commitment to continue funding the terrorist organization.

Astan Quds Razavi also funds the Ofogh No or “New Horizon” Organization. Monica Witt, a former the United States Air Force intelligence expert, was recruited for espionage by this group.

In an essence, Ebrahim Raisi’s election as the regime’s president will intensify regional terrorism and will result in more tyranny and breaches of human rights in Iran.