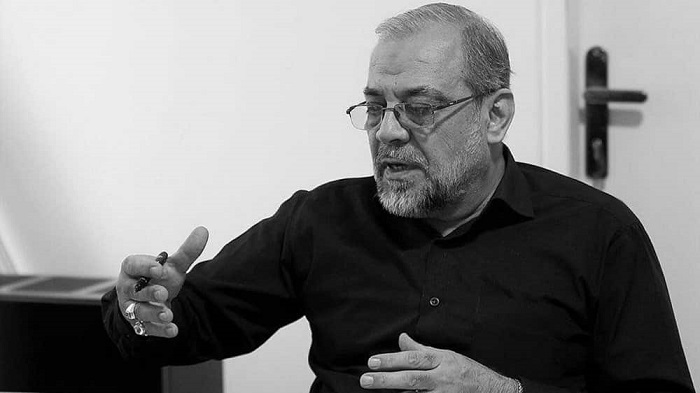 The appointment of Zolghadr, along with a slew of other staff moves, indicates that the Islamic Revolutionary Guard Corps’ command of Iranian affairs has reached unprecedented heights.

Raisi’s government hasn’t fully formed yet, but it already includes an unusually large number of officers from the Islamic Revolutionary Guard Corps (IRGC) or members of Ali Khamenei’s inner circle.

Individuals are also linked to the Quds Force

Several of those individuals are also linked to the Quds Force, the IRGC’s foreign special operations division. During the Iran-Iraq War in the 1980s, Zolghadr was a key IRGC commander who helped construct the Ramazan Garrison as a staging station for militant actions beyond Iran. The structure and operations at the encampment eventually led to the establishment of the Quds Force in 1988, with Ahmad Vahidi as its first commander.

Vahidi is now the Raisi government’s Interior Minister, and he promises to pursue the IRGC’s terrorist and cruel goals on the internal front, while other former paramilitary agents play a similar function in foreign policy circles. Vahidi’s background would have qualified him for a high-profile foreign policy role if it weren’t for the complications posed by the fact that he is not only subject to Western sanctions but is also the subject of an Interpol arrest warrant for his role in the 1994 bombing in Buenos Aires, Argentina.

Raisi’s appointment of Vahidi and other “criminals”

In an August statement, the National Council of Resistance of Iran (NCRI) condemned Raisi’s appointment of Vahidi and other “criminals” as “yet another sign” that “impunity reigns supreme” in Iran under the mullahs’ dictatorship.

Tehran’s impunity was highlighted in a statement by Amnesty International’s secretary-general, who stated that “Ebrahim Raisi has risen to the presidency instead of being investigated for the crimes against humanity of murder, enforced disappearance, and torture.”

This was an allusion to Raisi’s role as one of the main perpetrators of a massacre of political prisoners in the summer of 1988, which killed over 30,000 lives.

Raisi was one of four officials who served on a Tehran-based “death commission” that systematically sentenced to death anyone who refused to show devotion to the theocratic regime or expressed sympathy for Iran’s main democratic opposition party, the People’s Mujahedin of Iran (PMOI / MEK Iran).

The Genocide Convention effectively obligates the international community to take efforts aimed at holding perpetrators of such a crime accountable, according to Geoffrey Robertson QC, a UK human rights barrister.

The regime’s paramilitary forces and its clerical judges

The underlying coordination between the regime’s paramilitary forces and its clerical judges indicates a long-running process of power consolidation that appears to have intensified considerably in recent years.

Khamenei’s multi-pronged political plan ensured that the parliament would effectively act as a rubber stamp for Raisi’s selections, whom he chose as his second-in-command.

As a result of that function, the parliament has effectively signed off on its own irrelevance by handing down democratic features, even if these are easily overridden.

This demonstrates that the heads of all branches of the Iranian system – including heads of institutions that span two of them – are now firmly in the hands of persons whose devotion to the supreme commander and the IRGC’s purpose is unquestionable.

With that makeup, the current government is almost guaranteed to oversee escalations in a wide range of nefarious actions within Iran, across the region, and around the world.