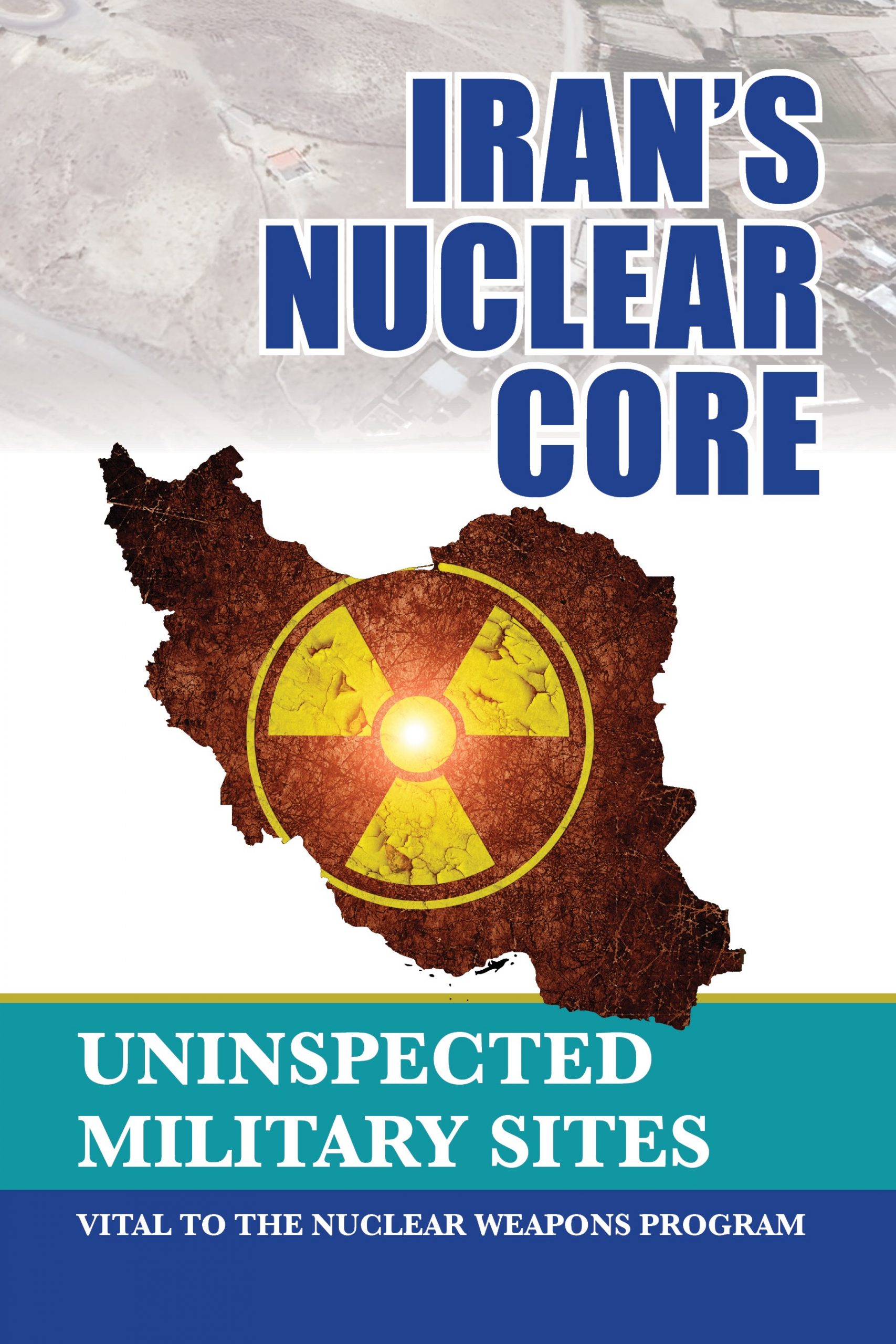 PURCHASE BOOK HERE.
From the organization that revealed the existence of illegal uranium enrichment and heavy water reactor sites in Iran in 2002, which triggered the inspections of the Iranian nuclear sites by the International Atomic Energy Agency (IAEA), Iran’s Nuclear Core:

Uninspected Military Sites, Vital to the Nuclear Weapons provides a groundbreaking description of the Iranian nuclear program and examines truths that are too often ignored.

hile shedding light on this topic, the book describes the nuclear weapons program of Iran as not simply being parallel to the civil program, but as existing at the heart of the nuclear program itself. It provides details about the Iranian regime’s use of the civil nuclear program to both cover up and support the weapons program, and thoroughly describes multiple weaponization and research sites across the country. Many aspects of this operation have been kept hidden by The Islamic Revolutionary Guards Corp (IRGC) from the prying eyes of both the world and the United Nations.

Iran’s Nuclear Core supplies an unprecedented glimpse into a system that is designed to be undetected, illustrating the tactics of manipulation that the IRGC has used since the program’s beginnings. Its in-depth depictions of the underground tunnel systems and other facilities at the military sites allow readers to understand how the Iranian regime has avoided international inspection for decades. Not only do the authors provide details of the uninspected sites and related satellite imagery, but they describe further elements of the organizations involved and the names of experts related to the nuclear operation. Many of these experts have been part of the weaponization program from the beginning, although as the book describes, the structures and names of the organizations have frequently changed in order to maintain secrecy. Iran’s Nuclear Core portrays a concealed nuclear program that extends deep into the foundations of Iran, even giving accounts of universities being used for research facilities and as fronts for the true intentions of the regime.

The nuclear weapons program of Iran is a crucial issue that is often underestimated. Iran’s Nuclear Core brings these concerns into the forefront of political discussion with a never-before-seen level of scrutiny and detail. Moving forward, the information supplied by this book will be vital to revealing the truth about the Iranian nuclear program and holding the regime accountable.