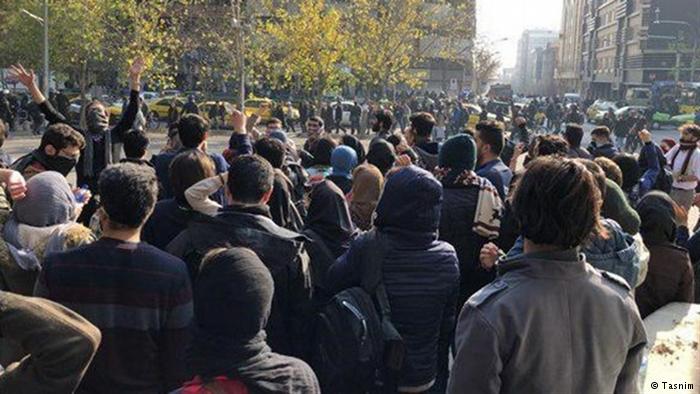 In Kermanshah, the capital of Kermanshah Province in western Iran, 43 people were charged for protesting in early January 2018.

On March 28th, Chief Prosecutor Mohammad Hossein Sadeghi told reporters that many of the protesters had acted “emotionally” and were influenced by social media when they expressed frustration with the country’s economic problems.

In reference to the shouted slogans against the government and the destruction of public property, Sagehi said that the detainees “broke the norms.” He added, “The lack of sufficient progress should not become an excuse for some to undermine security by rioting and creating chaos.”

It is believed that some 30 people were killed, and at least 4,000 arrested during the nationwide protests that began spontaneously in the holy city of Mashhad on December 28, 2018.

Supreme Leader Ali Khamenei blamed the demonstrations on foreign enemies, and asked authorities to determine whether detained protesters were enemies of the state or merely ignorant people in need of guidance. “We should talk and enlighten students and others who entered the fray for emotional reasons,” he said during a January 9th speech in the city of Qom. “But those who acted as pawns for hypocrites and killed people should be dealt with differently.”

The charges in Kermanshah follows the March 1st news that cases had been opened against 41 Tehran University students who are alleged to have participated in protests in the capital city in early January.

The university’s Deputy Chancellor for Cultural Affairs, Majid Sarsangi said, “What we can do in terms of helping these students with their problem is to have talks with our dear colleagues in the judiciary so that they may treat them with the highest degree of Islamic mercy and that’s what’s being done right now.”

The Center for Human Rights in Iran (CHRI) published an in-depth report in January regarding the attempts by Iranian state forces to repress the protests by blocking access to social media throughout the country. The CHRI report states, “During the unrest that swept through Iran on the eve of 2018, the authorities implemented major disruptions to internet access through slowdowns and the blocking of circumvention tools, blocked the Instagram social media platform and the Telegram messaging app heavily used by the protesters to mobilize the street protests, and briefly cut off Iranians’ access to the global internet on December 30, 2017, demonstrating a new level of technical sophistication.”