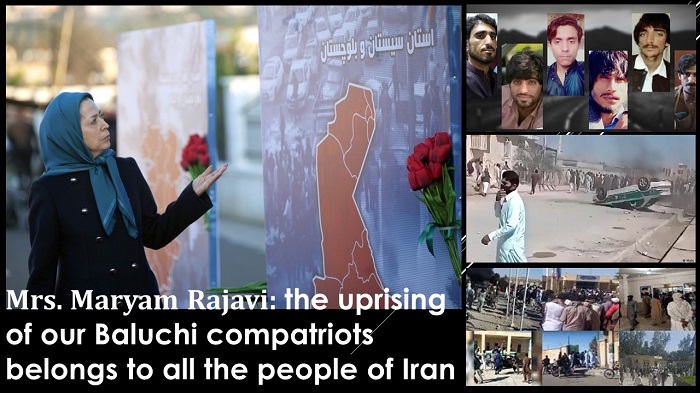 The uprising that began in the city of Saravan in Sistan and Baluchistan province has now spread to the city of Zahedan and beyond. The National Council of Resistance of Iran (NCRI), and the People’s Mujahedin of Iran (PMOI / MEK Iran) reported that these protests were a result of brutal violence against impoverished porters on the border of Pakistan.

Ostensibly, the IRGC was trying to stop the porters from making a living, branding it as ‘smuggling,’ which ignores one of the best-known secrets in Iran which is that the IRGC itself is by far the most important smuggler, in charge of billions of dollars of illegal trade.

The protests erupted after porters were fired upon last Monday by the IRGC. Several porters were killed and others badly injured. The IRGC was reported to have thrown the dead bodies of the porters into a canal.

Protests included a strike by businesses, a storming of the local government building in Saravan, roads blocked, and police cars set on fire. Protesters have done this despite vicious retaliation. Dozens of protesters have been reported to have been killed.

The regime has attempted to clamp down on news coming out of the region by shutting down the internet connection. Helicopters have also been brought in to try and intimidate the protesters. So far, this doesn’t seem to be working as the protests have spread beyond the province and border region.

Some of the reports coming in from around the county are listed below:

“Long live Baluchestan. Down with the dictator!” Tires were seen lit and burning, blocking roads in the city.

Iranians living in Iran are not the only ones expressing support for the deprived people in Saravan and other border parts of Sistan and Baluchistan. In Geneva, (PMOI / MEK Iran) supporters held a rally in support of the Iranian protests outside the U.N building. “In every corner of Iran, we join our voices to those of Saravan, uprising for victory,” chanted the demonstrators.