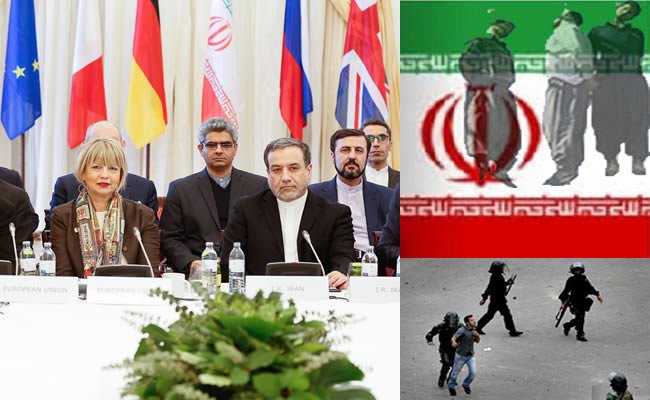 The National Council of Resistance of Iran (NCRI), and the People’s Mujahedin of Iran (PMOI / MEK Iran), reported that the Iranian regime and international powers resumed their fifth round of informal talks with the goal of salvaging the 2015 nuclear deal, commonly known as the Joint Comprehensive Plan of Action or JCPOA.

In 2019, the government began methodically breaching the conditions of the pact as part of its nuclear extortion campaign.

It stopped complying with the agreement in January 2020 and has subsequently advanced parts of its nuclear program beyond where it was when the JCPOA was finalized.

The latest report from the International Atomic Energy Agency provided vital data about that progress to agreement participants.

The contents of that study should have influenced the attitude of European negotiators toward the Vienna discussions. Unfortunately, the European Union’s coordinating ambassador told the media this week that the accord will be finalized at the next round of talks.

In the middle of the Vienna talks, the report published emphasized Tehran’s ongoing lack of transparency. The Director-General of the International Atomic Energy Agency, Rafael Grossi, made the same conclusion.

Grossi’s prediction for the outcome of future talks is clearly dependent on the EU’s approach in next week’s sessions in Vienna, as well as any further talks.

Until recently, European negotiators have been content to overlook the regime’s violations and deceptions in order to pursue a return to the status quo and exert pressure on the US to do the same.

If they continue along this route, however, the government will be emboldened to engage in more lies, violations, and ultimatums in its dealings with the international community.

The dictatorship bragged last month that it had begun 60 percent uranium enrichment, halving the time, it would take to reach weapons-grade enrichment of around 90 percent. Iran has generated at least 2.4 kg of the material, according to the IAEA, which is more than 1% of the total amount of uranium that the regime is allowed to stockpile under the JCPOA’s terms.

The government’s entire uranium store has increased to about 16 times the limit in the more than two years since the dictatorship broke those restrictions. Earlier this year, it was expanded to include uranium metal reserves, a substance with little to no purpose other than as part of a nuclear weapon’s core.

Iran was allowed to obstruct the inspectors’ investigation. Meanwhile, authorities dismantled structures and scraped topsoil from the sites in an attempt to clean them up and hide indications of operations that could draw worldwide attention. Despite the failure of these attempts to completely eradicate all traces of radioactive material, the IAEA’s verification of their presence did not result in any enforceable fines from European JCPOA members.

The EU’s eagerness to return to the fatally flawed JCPOA during the Vienna talks, so soon after the IAEA proved that Tehran’s violations are considerably more pervasive than previously assumed, exemplifies the EU’s reckless appeasement strategy.