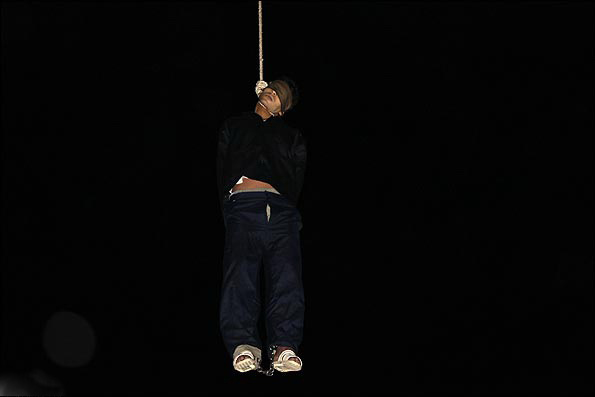 Stop Fundamentalism – United Nations human rights experts including Ahmed Shaheed, the UN Special Rapporteur on the human rights situation in Iran, expressed their anger about the news of the execution of a 17-year-old teenage boy by the Iranian regime last Thursday.

The UN experts in a statement released Thursday stated that, “We are outraged at the execution practice in Iran despite the international community’s and our repeated calls for a moratorium.”

The Experts called on the Iranian government to immediately put a moratorium on the usage of death penalty in that country.  The specifically emphasized on drug related and juvenile executions.

The hanging of Alireza Molla-Soltani was carried out in public last Wednesday in Iran.

Molla-Soltani was sentenced to death for stabbing to death an Iranian popular sports figure considered to be “Iran’s most powerful man” last July.

The young man claimed the he had only defended himself and reportedly screamed many timed just before his hanging asking for mercy.

Iran has executed over 490 people this year, according to Iranian human rights watch groups.

The group of experts emphasized that imposing death penalty on and executing young people below the age of 18 are not compatible with “Iran’s International Obligations.”

The UN experts, Christof Heyns, Ahmed Shaheed, Gabriela Knaul and Juan Méndez regretted that executions are a common practice in Iran and are used for crimes that do not relate to a serious crime such as drug trafficking.

UN human rights experts work in an independent and unpaid capacity, and report to the Geneva-based Human Rights Council.