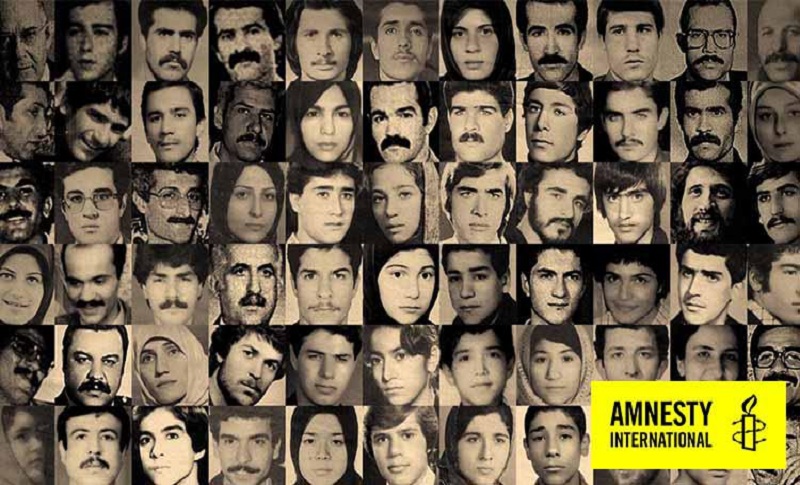 On Wednesday, November 6th, Amnesty International called on the international community to publicly condemn the Iranian regime for the deterioration of human rights in the country. The organization said that the review session at the United Nations Human Rights Council in Geneva on Friday 8th November is the perfect opportunity for the condemnations to be voiced.

Philip Luther, Amnesty International’s Research and Advocacy Director for the Middle East and North Africa, described the opportunity as “crucial”, emphasizing that the international community must “send a strong and clear message to the Iranian authorities that its shocking disregard for human rights will not be tolerated”.

Amnesty International also drew attention to the Iranian regime’s treatment of dissidents in the country and the shocking number of enforced disappearances that are taking place. Luther said that this practice is very concerning and is something that the international community has overlooked “for far too long”.

The treatment of dissidents in Iran is shocking. People are tortured, arrested, imprisoned and even executed, simply for speaking out about the regime’s corruption or mismanagement.

One of the most horrific crimes carried out by the Iranian regime was the execution of more than 30,000 political prisoners. The murders took place on the orders of the Supreme Leader at that time. Ayatollah Khomeini issued a fatwa ordering the execution of political prisoners. The incident has become known as the 1988 massacre and is considered one of the worst crimes against humanity in recent times. The victims were mostly supporters or members of the Iranian leading opposition People’s Mojahedin Organization of Iran (PMOI, Mujahedin-e Khalq or MEK-Iran).

The Iranian regime has never been held accountable for the 1988 massacre and the people of Iran are still campaigning for justice. Some of the regime officials that were involved in the massacre have gone on to occupy high-level governmental positions.

Political prisoners in Iran are still suffering from systematic abuses of justice. They are arrested arbitrarily, they are denied a fair trial and legal representation of their choosing and they are given heavy sentences. All because they are against the brutal rule of the mullahs. And the injustice does not stop there – they are very badly mistreated in prison. Many are denied essential medical care. Many are beaten to within an inch of their life. Many are subjected to cruel physical and psychological torture. Many are forced to survive in unsanitary conditions. And this is not the full extent of the horrors.

Children in Iran are also executed, despite international laws condemning this practice. Women are denied the most basic of rights. Activists are often targeted during demonstrations.

The National Council of Resistance of Iran (NCRI), the main opposition to the Iranian regime, has been drawing attention to the human rights abuses taking place in Iran and it too calls on the international community to end its silence.

The silence the people of Iran are met with is despicable, especially on the part of countries that pride themselves on upholding the rights of their own people. Iranians who are in the street campaigning for justice, human rights, freedom, and democracy deserve to be acknowledged.