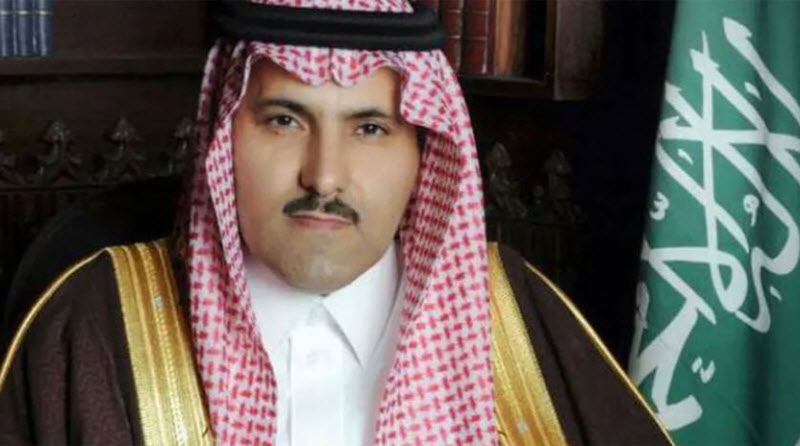 Mohammed Al Jaber, the Saudi Ambassador to Yemen, has condemned Iran’s continued involvement in Yemen. At the recent Geneva conference regarding the financing of the humanitarian response plan in Yemen, Jabar criticized Iran’s absence, and cited its nonexistent provision of any humanitarian aid.

The largest share of support for the war-torn country has been provided by Saudi Arabia, the UAE, and Kuwait, who each committed themselves to doing so.

Al Jaber posted on his official Twitter account, “Many countries have provided financial support to the UN Humanitarian Response Plan 2019 during the donor conference in Geneva to help the brotherly Yemeni people.” He added, “Iran, however, has been absent and continued to provide Houthis with mines and missiles to kill Yemenis, destructing their country and its institutions and failing their hopes in order to serve their project in creating chaos.”

Jabar continues, “I delivered a speech during the donor conference for the United Nations Humanitarian Response Plan 2019 in Geneva, in which I affirmed the historical brotherly relationship with Yemen.”

And in another tweet, he said, “I also outlined Saudi continuous support for the relief and economic development plans for Yemenis and its support for the UN response plan by Saudi Arabia, UAE and Kuwait.”

According to the UN, 40 pledges totaling $2.6 billion were received during the conference, which is a 30-percent increase over a similar conference last year.

Muammar al-Aryani, Yemeni Minister of Information, posted on his Twitter account that Saudi Arabia has allocated $11 billion for Yemen in forms of deposits and grants in order to support the national currency and the central bank, provide periodic financing of humanitarian response plans, and oil shipments to support power stations and development sectors. “Iran, however, was absent during the four years of war, which was triggered by Houthi militias’ coup d’etat and did not provide the country with any humanitarian aid,” he said, adding, “The support given by Tehran regime to Yemen was limited to shipments of smuggled weapons, ballistic missiles, mine-planting experts and improvised explosive devices, which claimed lives of thousands of civilians, in addition to other logistical support for the Houthi militias.”

The Minister summed it up by saying, “Yemenis pay the price of this support every day by suffering increased number of casualties.”