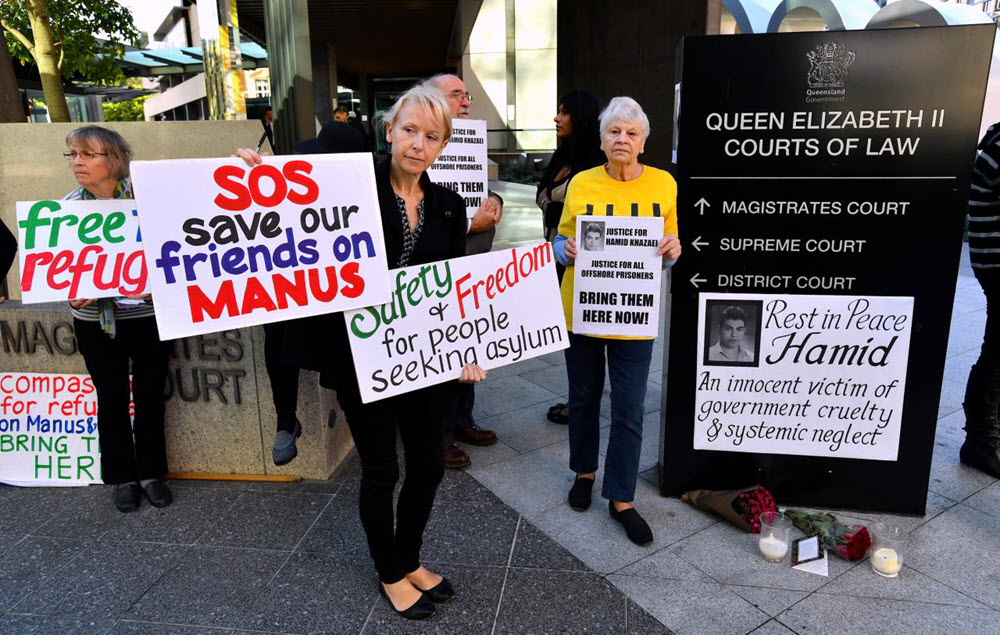 An Australian coroner has ruled that the 2014 death of a 24-year-old Iranian asylum-seeker, who was being held in an immigration detention centre on a remote Pacific island was “entirely preventable”.

The Queensland state coroner Terry Ryan issued a ruling on Monday, July 30, blaming the “compounding effect of multiple errors” for Hamid Kehazaei’s death and called on the Australian government to prioritise the health of detainees.

This ruling, based on the results of a two-week inquest conducted in 2016-17, found that Kehazaei died in an Australian hospital in September 2014 after inadequate treatment of an ulcer on his left leg.

He had contracted this ulcer whilst being held in the detention centre on Manus Island in Papua New Guinea. His infection developed into sepsis, but Kehazaei was forced to stay in the centre, where he subsequently suffered a heart attack and organ failure, before Australian officials evacuated him to a Brisbane hospital where he was declared brain-dead.

Ryan said that “a series of clinical errors, compounded by failures in communication” had delayed Kehazaei’s transfer to Australia.

He said: “I am satisfied that if Mr. Khazaei’s clinical deterioration was recognized and responded to in a timely way at the Manus Island regional processing centre clinic and he was evacuated to Australia within 24 hours of developing severe sepsis, he would have survived.”

Sadly, this is far from the only time that Australia has been responsible for the death of an Iranian refugee in its detention centres, indicating that lessons have not been learnt. On August 8, 2017, Iranian asylum seeker Hassan Shamshiripour was found dead at the refugee camp on Manus Island with injuries to much of his body.

Australia holds asylum-seekers in offshore detention centres, such as on Manus Island and Nauru, in an effort to stop migrants from attempting to reach Australia by boat. These detention centres are often woefully inadequate and in violation of international standards for the housing of asylum seekers.

Many human rights organisations have called Australia out on this, while the National Council of Resistance of Iran (NCRI) asked the international community to do more to condemn Australia’s treatment of asylum seekers, who are merely seeking safe refuge from the Iranian Regime’s cruelty.

Thee NCRI wrote: “The Iranian Resistance extends its condolences to the family and friends of Mr. Shamshiripour and sympathies to the Iranian asylum seekers in the Manus camp… The Iranian Resistance also calls on the Australia parliament, political parties and refugee rights organizations to take immediate action to resolve this humanitarian crisis and guarantee the rights of asylum seekers, and urges the Iranian people living in Australia to rise up to help their compatriots.”