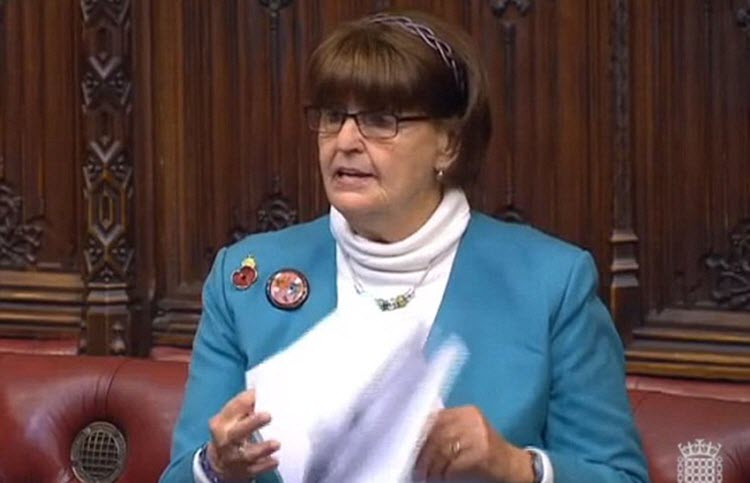 Calling the Rouhani regime the “world’s leading executioner per capita,” there was, Baroness Cox, a cross-bench member of the United Kingdom’s House of Lords, said, in spite of the nuclear deal, a “deteriorating human rights situation in Iran.”

Referring to the “harsh realities” of life for women, children and young people in Iran during the presidency of Hassan Rouhani, Baroness Cox, together with “hundreds of parliamentarians and dignitaries,” pledged to support the Free Iran mass rally in Paris on July 9.

Quoting a UN report, from earlier this year, which said, “Iran’s regime must reform its laws that allow girls as young as nine to be executed for crimes, or forced into marriage with much older husbands,” she went on to give recent examples of human rights abuses under Rouhani, for example, the sentencing to 99 lashes of 35 young people at a graduation party and the public flogging of a young woman for a relationship with a man outside marriage.

Baroness Cox said that she and her fellow parliamentarians had, “called on the British government to impose punitive sanctions and travel bans on those responsible for these blatant and systematic abuses in Iran.”

Speaking before Monday’s missile attack, she drew attention to the courage of women in struggling against the Iranian regime, highlighting the bravery of the thousand women of the opposition People’s Mojahedin Organization of Iran (PMOI or MEK) at Camp Liberty in Iraq.

A “better future is on the horizon,” Baroness Cox declared.

The Free Iran gathering on July 9 in Paris will see members from decision-making bodies across the globe in conference with tens of thousands of supporters of the National Council of Resistance of Iran (NCRI).