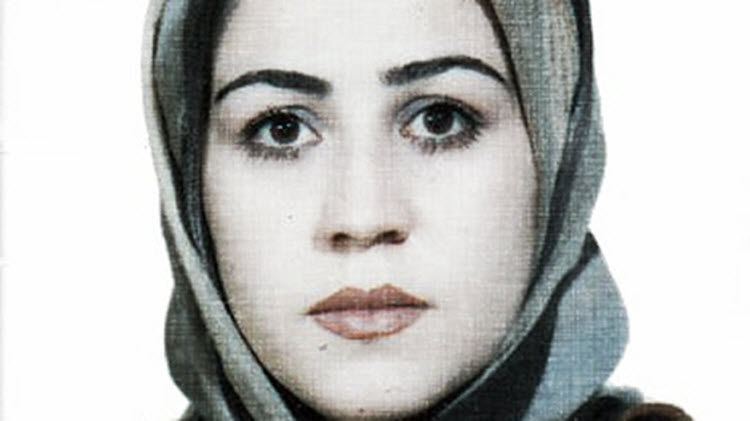 Maryam Akbari Monfared, a political prisoner, is facing extreme pressure in prison in recent weeks. She is the first 1988 massacre survivor who is going after justice for the death of family members who died during the mass execution. As a result of her filing an official complaint with Iranian regime’s Judiciary for an investigation into the events of 1988, Maryam has been denied visits from her family and has been held incommunicado.

Several political prisoners in Gohardasht Prison in Tehran have written an open letter condemning the pressure she is facing. Their letter, published in part on the National Council of Resistance of Iran’s (NCRI) website, condemns the “psychological pressure and threats” against Maryam and criticises the torture she and her family are experiencing.

They said: “We, the undersigned, from Ward 4 Hall 12 of Gohardasht prison in Karaj sympathize with Maryam Akbari Monfared and support the lawsuit by families of the martyrs of 1988 massacre. We draw attention of the international community and human rights organization, in particular the UN Special Rapporteur on Human Rights in Iran, Ms. Asma Jahangir, to the pressure put on these families by the regime.”

In her letter of complaint to the Prosecutor General of Tehran Maryam wrote: “My brother Abdolreza and my sister Roqieh were executed on an unknown date during the summer of 1988. They were both tried by the Revolutionary Court and sentenced to prison terms. They were deprived of their right to have a lawyer to represent them. Abdolreza was arrested when he was only 17 for selling Mojahed publication (affiliated to the People’s Mojahedin Organization of Iran – PMOI or MEK). He was sentenced to three years imprisonment in 1980, but the authorities refused to release him after he completed his prison term until he was finally executed in 1988. During a memorial for my other brother, Alireza, who was executed on 19 September 1981, security forces attacked and arrested my mother and sister, Roqieh. My sister who had a little daughter was sentenced to eight years in prison. In the summer of 1988 she was executed while she still had to serve another year in prison.”

She further pointed out: “The majority of jurists believe that if an innocent person is executed due to lack of awareness or misconduct of the judge, an investigation must be carried out to determine whether the execution of the innocent was intentional.”

Amnesty International have called on the Iranian authorities to immediately release Maryam, and without conditions. It said that her denial of medical care is unacceptable and amounts to torture.